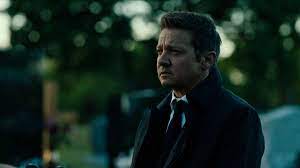 Created by Taylor Sheridan and Hugh Dillon, Mayor of Kingstown is a crime thriller streaming television series with having American origin. The series includes some of the big shot names of the Hollywood industry like Dianne Weist, Jeremy Renner, Derek Webster, Emma Laird, Hugh Dillon, Taylor Handley, Tobi Bamtefa, Pha’rez Lass, Hamish Allan-Headley, Kyle Chandler and Aidan Gillen. The first season of the series had 10 episodes that were premiered on Paramount+ on 14 November 2021. Each episode of this series has a mammoth timeline of about 1 hour 15 minutes.

The series follows the life of the McLusky family which is the core of Kingstown, Michigan. Even a leaf doesn’t wave without their permission in the city. The series of events follows the acts of ameliorating the city of cons and uncivilized buggers that are not even known to live in a city with proper law and order. Dealing with all types of discrepancies, the family tries to bring the system into their city again. Along with actors, there is also a big list of executive producers of this show including Jeremy Renner, Hugh Dillon, Taylor Sheridan, David Glasser, Antoine Fuqua, Bob Yari, Ronald Burkle, and Michael Friedman.

MUST-READ: Is Save Me Season 3 Release Date Coming Soon?

The first season of Mayor Of Kingstown is the introduction to the McClusky family and its dark secrets. Mike McClusky, who after the death of his brother holds the command of the city of Kingstown. There is a prison in the city of Kingstown where atrocities are laid upon them without proper proof of the commitment to crime. Mike decides to free those prisoners from those atrocities because he himself was a prisoner in the past for some dark reasons. He realized the internal truth about the prisoners as well as the system. But the challenge is that the system is so well corrupted deep in the roots that it is nearly impractical to bring peace to such a city on a broad scale over a short period of time. How Mike is gonna do this and what will be the consequences of it, to know the truth watch the show on Paramount+.

The McClusky family full of grit may continue to stubbornly follow the savage legacy of their ancestors in the second season also. The first season of the series ended with the escape of Mike and Kyle McClusky from the rioting prison where prison inmates were creating mayhem in the prison to attract the attention of the world to the atrocities done to them for the crimes that they even haven’t committed. Somehow Mike saves the life of Kyle amid the open fire done by the guards of the prison on the prisoners while they tried to attack Mike. Now the second season may follow the post escape life of Mike and Kyle from Prison. The torture caused to Kyle in the prison may force him to move out to a peaceful place in the second season to rediscover himself.

Presently we have no leads about the cast that is gonna appear in the upcoming season of Mayor of Kingstown. The new characters in the new season are very less probable because the first season ended on a cliffhanger. Things are already so much tangled that it will a new season to get rid of them. Nevertheless the list of the actors who appeared in the first season are as follows-

That’s all for today. If you loved it, do subscribe to our page. Until the second season of the Mayor Of Kingstown is not announced, you can enjoy the first season on Paramount+ platform. Have you watched the trailer of season 1 of Mayor Of Kingstown?? If you haven’t, watch it here!!