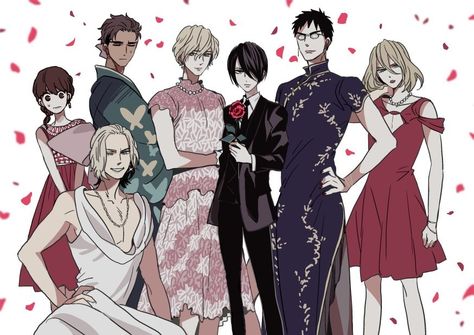 If you love watching and learning English history with a taste of plays by Shakespeare, then here is a new series for all of you. Requiem of the Rose King is a manga series that is written and illustrated by Aya Kanno. It is a mixture of romance, dark fantasy, and historical drama. It was published by Akita Shoten in Monthly Princess magazine and collected into 16 volumes. The series is based on one of the plays of Shakespeare, Henry VI, Part 3, and Richard III, which shows the character of Richard III during the Wars of the Roses period in English history. The series also has an original novel, two spin-off manga series, three CDs, and an anime television series.

The anime series is written by Hiroki Uchida and directed by Akira Tanaka, Kentarō Suzuki, Fumihiro Matsui, Kiyoto Nakajima along Daisuke Kurose. It got released on the original network of Tokyo MX, SUN, KBS Kyoto, and BS11. I must say that the series will receive positive reviews and ratings from the audience, as it is based on the Shakespeare play.

The plot of the series is a combat for the throne of the English empire. Two families, the York and the Lancaster are fighting for the same. Richard Plantagenet, who was the head of the York family when killed in the war gave a push to the hustling fighting between the duo family. Richard III is the third son of the York family. Although, he is intersex and rejected and despised by his mother, but loved by his father. After his father’s death, a fury ran in the blood of Richard III, attempting to start a fight. He was then left with the final king of the York family.

Henry VI, voice is given by the artist Hikaru Midorikawa. Henry is the King of England and head of the Lancaster family, just as Plantagenet of the York family. Queen Margaret, voiced by Sayaka O’Hara is the wife of Henry VI and queen of England. Prince Edward, voiced by Kōhei Amasaki is the only son of Henry VI and Margaret and Prince of Wales, England. Warwick, who was voiced by Satoshi Mikami is a powerful supporter of the duo families. He first supports the York family and then the Lancaster family. Anne Neville, voiced by Sayumi Suzoshiro is the youngest daughter of Warwick. She first married Prince Edward of Lancaster and then to Richard III. Joan Arc, whose voice is given by Aoi Yūki is a French warrior woman who fought for her people. She was supposed to be a witch by the English men.

The trailer of season 1 is already out, so you don’t have to worry about it. In fact, you will enjoy watching it, how the characters are designed and how much you will love the series plus the characters. Don’t wait for more, as time is precious.