An American Sketch comedy show titled A Black Lady Sketch Show season 1 aired on the HBO platform on 2 August 2019 while the second season of this show premiered on HBO on April 23, 2021. The show particularly shows sketches based on Comedy which are performed by Black women comedians. These women include several known figures like Quinta Brunson, Ashley Nicole Black, Gabrielle Dennis and renowned creator and producer Thede. In the second season of the show the makers included some other new faces like Skye Townsend and Laci Mosley. The first season of this show was very successful and it won the TCA Award for Outstanding Achievement in Sketch shows in 2020. Not only that but the second season also won acclaims and got three Black Reel Awards. Both of the seasons of A Black Lady Sketch Show had six episodes each with a running time of about 30 minutes per episode. This show has three directors namely Brittany Scott Smith, Dime Davis and Lacy Duke. After two such successful seasons, today we are gonna check whether there is any buzz in the entertainment market regarding the release of the third season of the A Black Lady Sketch Show.

The premise of A Black Lady Sketch Show is a mix of minute observations about the already existing planned evanescence problems that are presented in front of Black ladies and their gibe at these shortcomings is the one thing that makes the audience laugh hillariously on their jokes. The situations and the side splitting premises created by these black ladies actually give audience the actual dose of laughter with a refreshing feel. These nuances and sharp sarcasms in a funny way create such ambience that the show has got 100% rating on Rotten Tomatoes. Not only from marketing purpose, but for the point of view of a artwork the show boosted the new life in the legacy of sketch comedy shows helmed by Black Ladies.

ALSO READ: Is See For Me Based On A True Story?

Considering the success that roared its popularity all over the world, it’s quite certain that makers are not gonna amend the format and the persons who have made this show much enjoyable. So the show is gonna repeal itself with the same comedians along with some new guest entries that are gonna sketch on some new topics with new challenges and new jokes. There is not much new about the upcoming seasons regardless of the everlasting funny jokes of black ladies of the show. As soon as the upcoming season will get aired, the sooner the ratings of the show gonna come up because the first and second one rocked the viewership ratings when they released.

Don’t leave the page without subscribing to our Liveakhbar page and do share the blog with others!! You can also enjoy the previous seasons of the show on HBO. Click on the link below to read more articles like this. Till then enjoy the trailer of the second season of the A Black Lady Sketch Show is lying below!!!

MUST-READ: Everything You Need to Know About Tehran Season 2 Release Date! 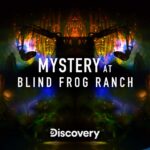