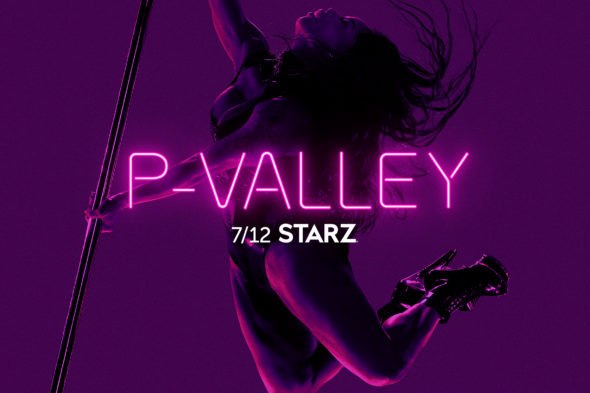 After the mesmerizing season 1 of P Valley, the American drama series created by Katori hall, which, is actually an adaption from hall’s play pussy valley fans are anticipating the premiere of the second season. The storyline of the series is completely based on the strip club and the dancers there located nearby Mississippi. After the first two weeks of the first season premiere, the makers of the series already announced the renewal of the second season in 2021.

The first season which premiered on Starz was completely loved by the audience and was nominated for many famous awards. Now the fans are flooding the internet with only one question, when are we getting the second season of p valley? Though the second season premiere hasn’t been actually confirmed by the makers and after the continuous delay from the expected release dates that were set in 2021, we can actually expect it to finally release in 2022. Though we haven’t received any trailer or teasers from the makers, but we can surely expect a drop by the next few weeks of the new year.

After the first season of p valley being a complete blast, we have already heard from the makers for season 2, but the main problem is when the show was expected to premiere on May 11th, 2021 but we didn’t receive any further updates, we can assume that the show was delayed because of the prevailing of the pandemic situation. But hey, don’t get upset, it’s 2022 and yes, we are surely expecting the second season to drop this year. We are expecting the month of May as a date for the second season to premiere. The second season is also expected to have a total of about 8- 10 episodes just like the first season. Each episode is predicted to have an approximate runtime of about 55 minutes to 60 minutes just like the previous season. We will keep you all updated here on any further news we receive.

P valley is a series completely having its setting in the strip club of Pynk located in the fictionalized gloomy town of Chucalissa near the Mississippi valley, the first season is all about the mighty showstopper dancer of the Pynk valley autumn and Mercedes, we see the entry of autumn into the Pynk while they are seeking for new dancers and how she saves the club. the first season also packs Uncle Clifford the owner of the Pynk club where he is planning for a funeral of pynk. Autumn too has got some dark pasts and as the final episodes of the first season come forward, her risk to encounter her past increases. The show is also about beautiful moments where Lil Murda shows Uncle Clifford how to cook chicken that will give las gas to the guests. The final season of the show packs a big night for the entire Pynk valley where we will see the two stars of Pynk valley will perform together and Autumn will also get an encounter with her uncanny dark past.

The second season of the P Valley will be concerned with mainly how Autumn deals with her life, and we know there is never a point of peace in the Pynk club and thus there will be more problems arriving for them and we will see how they stick together and light up the gloomy city of Chucalisaa. We also may end up seeing a competition between the show stoppers of the club and more comedy from uncle Clifford. Altogether the second season is going to be a blast for the audience.

The entire cast from season 1 has been renewed for the second season so we will be again able to see Brandee Evans playing the role of Mercedes and slaying in it along with Elarica Johnson for the role of Autumn, Nicco Anna as Uncle Clifford, and all other main cast characters for season 2.

After the continuous delay in the premiere of the second season, we haven’t received any trailer from the makers of the show, and till now if you still haven’t started watching the first season, you can definitely find all the episodes and binge it on Starz.