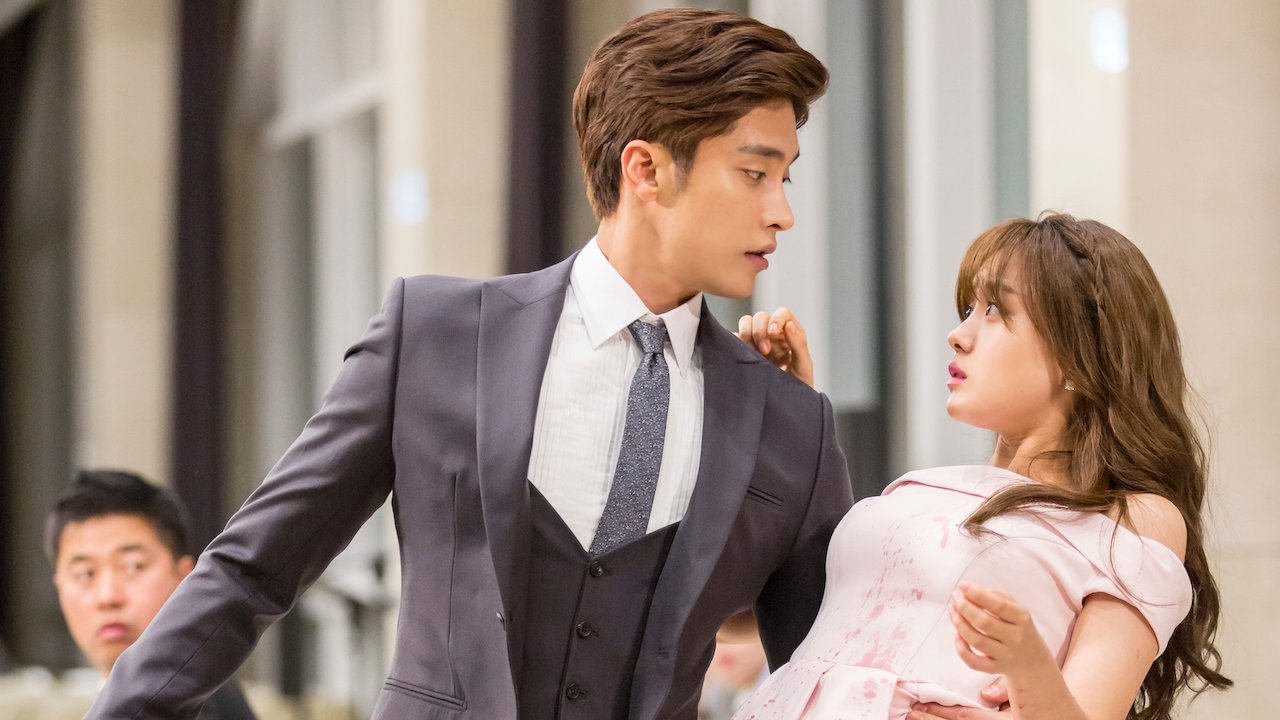 Are you into K-Drama? My Secret Romance is one of the best Korean Drama out there. A Kang Cheol-woo-directed series got great comedy and drama. My Secret Romance is a 2017 Comedy drama series of South Korea. In South Korea, this series aired at 9:00(KST) every Monday and Tuesday, from April 17 to May 30, 2017, for a total of 14 episodes on a Cable network OCN.

My Secret Romance is written by Kim Ha-na and Kim Young-Yoon. Kang Seong-Wook, Park Hyun, Lee Hyeong-hee are the executive producers. Jeon Ju-ae, Park Suk, Kim Jong-won are the Producers of this series.

There is a total of 14 episodes of this series in season 1 with 40-45 minutes of runtime on each episode.

This show is really popular among teens and young adults of Korea, as they have a famous and well-known cast and a cheesy plot. It almost has been 5 years since the show premiered and most of the fans have lost their hope for season 2.

Though there are many rumors on season 2, as they are coming back the creators of this show haven’t announced anything yet. My Secret Romance is neither canceled nor renewed for the next season. As there is no official cancellation, we can say that anything is possible in the future.

Normally Korean Shows have more than one season, but anything is possible, so if we get any information related to season 2 of My Secret Romance, we’ll surely update this page, so stay tuned.

The show is about a character shown Jin-Wook, who has a playbook-like personality and comes from a wealthy family. Jin-Wook’s parents own big companies, so basically, he is a son of a rich of a popular family.

Another main character, Yoo-mi, a simple girl meets him at a resort and falls for his charm. In the midst of the series of hilarious events and misunderstandings, they both ended up spending the night together.

The story centers on Jin-Wook and Yoo-mi as they get caught up in a series of misunderstandings and accidents. Yoo-mi is attending her mother’s second wedding, while Jin-Wook is a bellhop serving the resort, which is the job given by his father to teach him some responsibilities. While doing their bellhop duties, Yoo-mi becomes enchanted by Jin-Wook’s playful nature, and they spend the night together. But in the morning Jin-Wook feels perplexed and insulted as Yoo-mi disappears without telling or leaving any notice.

Jin-Wook and Yoo-mi see one another again after three years when Yoo-mi begins working as a nutritionist at the company cafeteria where Jin-Wook started working and leaves that carefree life behind. He is now working as the owner of his father’s business. Jin-Wook has kept Yoo-mi’s bra pad as a memento of the night they spent together. He seems strict at first, but confesses his feeling to her and is willing to wait for her.

During this period of three years, Yoo-mi’s mother gave birth to her second child, Dong-goo, Jin-Wook’s father thinks he is his son, not half-brother. Knowing this, Jin-Wook admonishes him for having an unmarried child with a nutritionist. Eventually, Jin-Wook accepts Dong-goo as his son and begins to be close to Yoo-mi. As a result of this misunderstanding, Yoo-mi gets angry at Jin-Wook, accusing him of only being with her, as he thought she’d carried his child.

The ending of season one goes something like this, as Hye-Ri traveling together with Hyun-Tae and Yoo-mi and Jin-Wook attending Yoo-mi’s mother another wedding (hope for this one to be the last one, then Jin-Wook says, “Today is the day. Do you know how much I’ve waited for this day? And Yoo-mi replying “Me too”.

As mentioned above this show have popular South Korean Artists, lets mention some of the cast of this show.