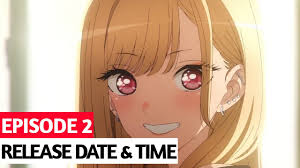 When you are truly having fun while watching a show, it’s hard to wait for the next episodes to release. So if you are a fan of the Japanese Anime TV series, you are at the right place. We at Live Akhbar are determined to keep you updated with the latest information on movies, web series, TV shows, and more. Stay tuned with us for all the tit-bits and keep reading to know the release date of My Dress-Up Darling Episode 2.

After receiving a positive reception from audiences for its premiere episode, makers are now all set to release the episode of My Dress-Up Darling. Fans have been speculating the release date for a while now. So here we are to help you get rid of all the confusion. Episode 2 of the anime series My Dress-Up Darling will release sometime in January 2022. There has been no official announcement around the same and we can only speculate. Keep following this space for the latest information.

The anime will have a total of 12 episodes that will be disturbed in 6Blu-ray and DVD volumes. That is, each Blu-ray will have 2 episodes each. Volume 1 of the 6 parts is expected to release on 23rd March 2022. However, these release dates are for international viewers mainly. Since episode1 has already been released for viewers in Japan and is airing on television. The anime is also expected to release shortly on Funimation and Crunchyroll.

MUST-READ: 6 Anime Characters That Are Stronger Than Your Favorite Goku!

The Shinichi Fukuda written series, My Dress-Up Darling has been directed by Keisuke Shinohara. The first episode of this Japanese anime was released on 9 January 2022. The story of My Dress Up Darling revolves around Wakana Gojo who aspires to be a hina doll craftsman. Gojo is a high school student, currently in his first year. The story progresses when one day Marin Kitagawa, Gogo’s popular classmate catches him in the school clothing room while he is busy making costumes for dolls. Marin, with the assertiveness of a senior, asks Wakana to create the costume of a game character he adores. Despite his inexperience, Gojo agrees after being deeply impacted by Marin’s persistence.

The Studio CloverWorks production is a romantic comedy. Our protagonist Wakana Gojo is a loner boy and his romantic interest Marin Kitagawa is fiery. How these polar opposites react when they meet, will make for an interesting watch for anime lovers.

My Dress-Up Darling has many well-written characters that have been ably voiced by brilliant actors. These include Wakana Gojo voiced by Shōya Ishige. This character is often characterized by their past-induced low self-esteem. Gojo has a history of being criticized by friends and looked down upon for his interest in something that is considered traditionally feminine. His talent for making dolls had received little to no value before Marin entered his life.

Marin has traits very different from that of Gojo. Her strengths lie in things Gojo is terrible at. She is fierce and bold, qualities that make her popular while Gojo prefers his solitude. It is not before Marin enters into his life that he begins to warm up to the idea of socializing. Marin sucks at handicrafts. She is too clumsy to properly handle works that are so intricate but maybe that is why their rom-com is perfect. They complete each other in ways no one else could. They complement each other in ways so the other person becomes the best version of themselves. The anime series will soon be made available for viewers to watch on streaming platforms.

My Dress-Up Darling is one of those many shows that have been adapted from a manga series into anime. The manga series was published by Square Enix in this magazine named Young Gangan and imprinted by Gangan Comics. The anime adaption has been written by Yoriko Tomita. Takeshi Nakatsuka has given music to the anime series which has added to the brilliance of the series.

ALSO READ: A List Of Anime Characters That You Will Love! 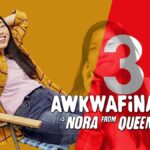 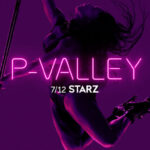