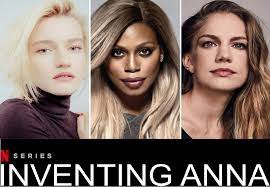 We all have mostly heard of the case of anna Sorokin, the real-life con artist who fooled everyone around while faking herself to be a rich German heiress. Netflix has come up with a miniseries lighting the torch over her entire scam and what happened to her. The series starring Anna Chlumsky and Julia garner is predicted to be a great hit already before the series has hit the premiere. The overhyped audience is already filling up the internet with questions about the storyline and the release dates for the series, but no worries, we are here to let you know all about it. Netflix has already announced the premiering date for the series that is in the month of February and we also have received a hyped-up teaser from Netflix nearly a month back.

After receiving a great teaser from Netflix for the series we are here waiting for the first episode of the series to release, but we have to wait a little longer for that. As the filming didn’t finish in the predicted period the premiering is delayed from its scheduled dates of 2021. The show is now set to premiere its first episode on the 11th of February, 2022. So, Inventing Anna Release Date is finally confirmed. Yes, just a few more days wait for the series. The miniseries is predicted to have a total of 9 episodes in total, with each episode having a runtime of about 35 minutes to 45 minutes. Netflix is already famous for making fascinating real-life crime documentaries and Inventing Anna they have surely set the bar of crime documentaries much higher. Though as far as our sources, the series will end with a single season in hand as the entire story will be summed up in the mentioned 9 When episodes.

ALSO READ: Is The Club Based on a True Story? The Answer Is Right Here!

As it is completely based on the life of Anna Sorokin, we don’t have much-fictionalized addition to the series, in the total 9 episodes of the series we will be shown how the real-life con artist Anna Sorokin takes up the identity of Anna Delvey and tells people and friends of her that she is a German heiress and has a total valuation of 60 million dollars, this helps her slowly to enter into the elite group of the city and as she enjoys her pseudo royal lifestyle with no real money to spend, she often asks some of those elite brats whose hearts have been captured by annas sly acting skills to pay for her bills in the restaurants, hotel stays and shopping trips while she went on claiming that her money has been stuck overseas, soon the protagonist of the story comes in terms with Delvey, tries to find her true identity and uncovers the scam of anna.

She is then put under the charge of larceny and use of service, she is put into jail for a period of 2 years , her life inside jail and how after the two years she is evicted back to Germany. Though an interesting fact about the series is, the main protagonist of the series is not anna herself but the journalist Vivian who is set after her to cover her story and bring her true identity in from of people.  The story will depict a “dark, funny, love-hate bond “that will slowly develop between the protagonist of the show and Anna. In total it’s going to be another great series from our dear Netflix.

Inventing anna with the show set to premiere on the 11th of February, 2022, Netflix has already given us a great teaser but the audience isn’t satisfied with just the mere 50 seconds, they want more from the makers. It can be expected for the series to drop the actual trailer in the coming weeks with the premiere date being so nearby.