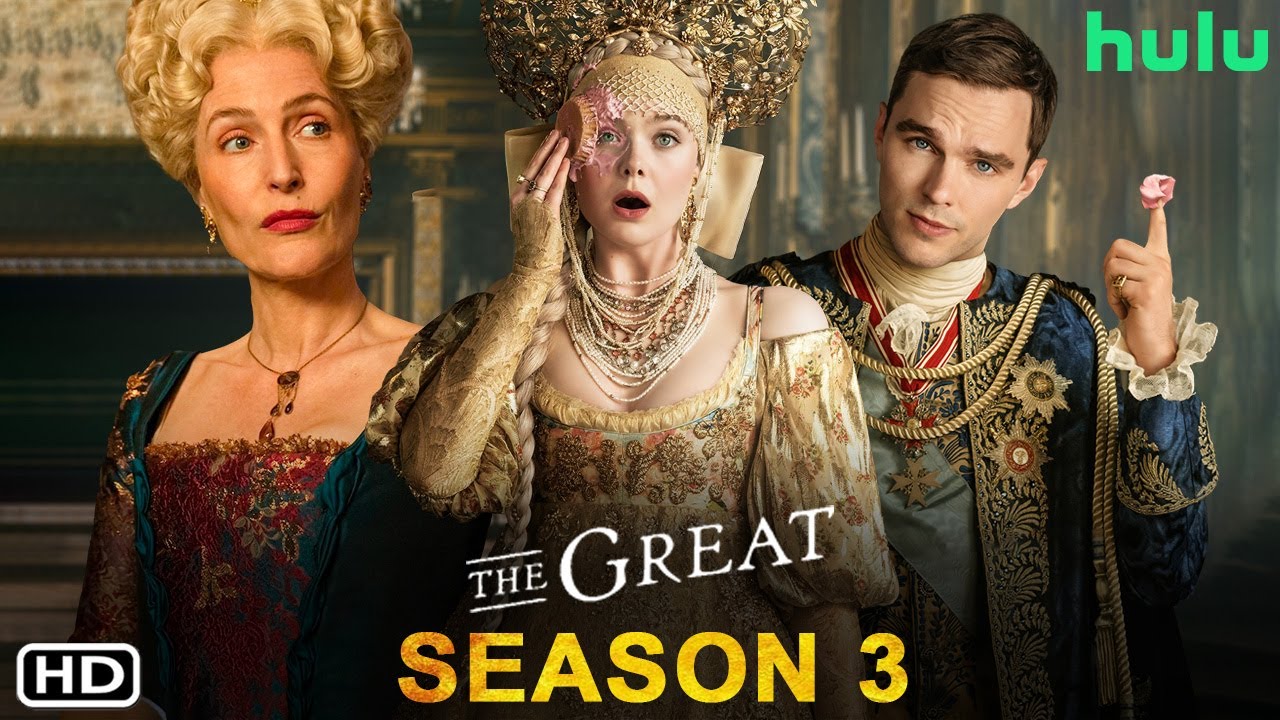 There is a lot of talking regarding this British-American-Australian comedy-drama since its first premiere in 2020 and is completely based on historical characters but in a fictionalized form. The drama is based on the life of Catherine the Great, the ruler of all Russia, and her rise to power. The show has an 8.2 IMDb rating which shows how remarkable 18th-century history can be and is also loved by the audience and it streaming currently on the Hulu platform. The show shows the early life of the queen and how she has to choose between her own happiness and the future of Russia after she has married the emperor of Russia, Charles peter III.

The entire series is filled with comedy and dramatic events and after the second season, fans have already come up with the question, when are they getting the third season? Yes, there is a complete chance for the third season, and the dates although have been delayed due to the pandemic situation, we can expect the great season 3 in 2022 only. Till then fans will have to wait for a little and enjoy the previous seasons on repeat to embark on a new historical journey with Queen Catherine.

The great season 3 can be surely expected on the Hulu platform and the predictable release dates that we are looking at are like November 2022 to mid-2023. We could have got it much earlier but the pandemic delayed it a bit than usual. The new season is also expected to have a total of 10 episodes like the previous seasons. The runtime of each episode is also going to be approximately 45 minutes to 50 minutes. the last season premiered on 19th November 2021 and has been greatly amusing for the audience. Till now we may not have heard anything about the renewal but we can expect the announcement along with the trailer soon

The great season 2 ended with a total of 10 episodes and the season begins with four months of the coup shown in season 1, we see how Catherine is hopeful that Leo is still alive but soon finds him dead and killed by peter. We see how Catherine takes the power after peter surrenders but peter ain’t stopping there, we all know that. Still, Catherine welcomes them back into the palace, and along with Archies power, she is all set to rule. Though we see her soon struggling with Leo’s death and how she is sexually frustrated because of pregnancy and thus ends up taking wrong decisions.

An important course of event that takes place in the middle of the season is the appearance of a crocodile in the curst and complete chaos falls over the palace, though it ends up creating a certain bond between Charles and Catherine which doesn’t seem right. Towards the ending of the second season, we see a lot of bonding between Catherine and Charles as Catherine assumes she has fallen back in love with Charles and we also see the ending with a marriage, a marriage that bonds Marial and Maxim.

The great season 3 is also expected to have a total of 10 episodes and the episode are supposed to begin with Catherine reaching the warzone and how she solves it there, we will also see a lot from peter because peter makes this show actually lit up, the show will end up being pale without him and the newly wedded couple Marial and Maxim will also have a part to play. We can also expect more about how Catherine deals with Leo’s death and if those dreams about him come back.

The great season 3 cast obviously will include the following names;

Elle falling as Catherine, Nicholas Hoult as peter, Phoebe Fox as Marial, Adam Godley as Archie, Belinda Bromilow as Aunt Elizabeth, and many of the main cast members of the series will surely come back for the new season until and unless the makers again decide to kill any of the characters in a time skip.

As we still haven’t heard anything about the renewal of the new season, we don’t have a trailer right now, and if you are planning to watch the series from the starting, we can assure you of a great experience. Season 1 and season 2 of The Great are available now on Hulu.