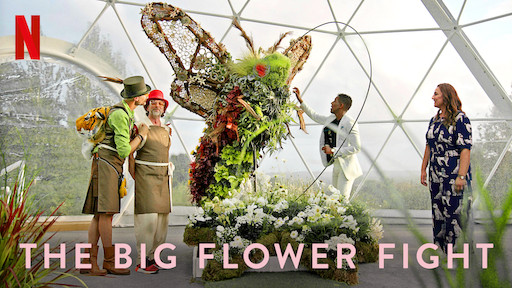 Reality shows and program have their own charm and uniqueness. Whether they are of the competition type or show us something unique and different, we can learn many things by enjoying the show. Have you ever heard or watched any reality show which is based on flowers, gardens, or something like that? The Big Flower Fight is such a reality show, which will just amaze and surprise you with the fragrance and beauty of its flower.

The Big Flower Fight is a British reality television competition program which got released under Multistory Media. As for the name of the show, the same is the description of the show. The florists, sculptors, and garden designers with their unique talents compete against each other to win the show.

Season 1 premiered on Netflix on May 18, 2020. The series got positive reviews and ratings like 7.4 on IMDb and 53 % on Rotten Tomatoes. It is also liked by 84 % of people. After the big hit of season 1, fans are waiting and interesting to know the release date of season 2. Till April 2021, the series was yet to be announced to be renewed for the next season, and the same is now. There are no updates of the next season till now, from the makers and Netflix. It will quite take the next season six or seven months to be on – air. But, till then, we have to wait for a little.

The first season was filmed in Maidstone, Kent. There were a total of 10 teams, each team containing 2 contestants, hailing from different cities and countries. Henck and Yan from the Netherlands and Denmark, Ralph and Jim from Eastbourne, Sarah and Jordan hailing from Maryland, Andi and Helen from Somerset, Andrew and Ryan from London, Monet and Stephanie from Surrey and Hampshire, Nick and Taylor from New York City, Raymond and Chanelle from London, Declan and Eoghan from Dublin along with Rachel and Delilah from Brooklyn were the contestants of the season 1.

Contestants were dealing with many challenges, insects and smell. After dealing with tough challenges, the contestants were asked to design the metal towers with their floral designs. They were also given fairy tales to inspire their final piece. After a long hustle and bustle, it was time to announce the winner of the show. Fortunately, Ryan and Andrew won the show. The judges were impressed by their ability, how they portrayed the metal towers.

There are some hidden and different things about the contestants which were revealed on the show. The first thing is that some contestants have no experience in gardening and they came from a very different line. Chanelle is a fashion designer and Jim is a 3D design student. Yet they have no experience, but their interest brings them into the show. On the other hand, some contestants have already won many awards and titles, including Andi Strachan who has won second place in the B.B.C. Gardeners’ World competition and also the R.H.S. Chelsea Flower Show. Yan Skates has also won the gold at the Chelsea Flower Show and the first prize at Hampton Court Flower Show and The Nationals.

Although Eoghan Riordan Fernandez and Declan Clooney are competitors, the fans, later on, know the truth that they both are friends for a very long time and run a business together. Contestant Delilah Dominguez has relation to flowers and gardening for a very long time. She has opened a flower shop with her parents and maintained the legacy of her family, as her family earlier used to run a greenhouse. Sarah Campbell was earlier a wedding planner and launched many weddings businesses and events. From there on, she got involved in the business of floristry.

The show was presented by Natasia Demetriou and Vic Reeves with the judges Kristen Griffith and VanderYacht. 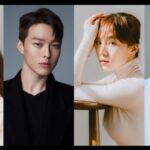 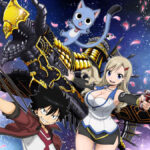