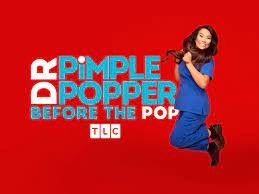 With a total of 6 seasons, and a show very much famous among women of the age group 25-54, Dr pimple popper, is one of the shows that are very much waiting for its 7th season. The American reality television series is all about the famous dermatologist, Dr. Sandra Lee who treats unusual and rare facial and skin problems in her clinic skin physicians, and surgeons. With an IMDb rating of 6.7 the show is a great hit for the channel and now with the main question, when are we going to get Dr pimple popper season 7? Yes, it is very much confirmed that we are getting a season 7 and the release date is also confirmed for the show. The show will premiere on the TLC channel on 16th February 2022 thus the fans have to wait a little longer for the new season till then they can munch on the web episodes of the series available on YouTube.

The 7th season of the show has been confirmed by the TLC channel and the premiere date is set for the 16th of February, 2022. Just like the previous season and following the pattern this season is also supposed to have a total of about seven to ten episodes, with each episode having a runtime of about 42 minutes. with most of the previous seasons starting in the month of December, the 7th episode can be considered to be a bit late, but it’s quite normal following the current pandemic conditions. Thus, the audience will have to wait a few more days for the new season. The show will have a regular air time that was maintained for the previous seasons and that will be on Wednesdays at 6.00 pm E.T on the TLC channel. Till then the viewers can enjoy the web episodes of the series available on YouTube with regular new content.

Season 6 has a total of 12 episodes which were a great hit among the people, the season begins with one of Dr. Sandra’s patients, Rogers who is having a gigantic growth on his nose, which makes it problematic for him to breathe. Now Dr. Sandra must help him out, though we see rogers return in the second episode with more problems with his nose, along with that we see how doctor Sandra deals with christies large growth on her shoulder and tiffany’s recurring growths on her eyelids which are two major causes. With more cases going on throughout the entire season, some of the major cases that Dr lee has trouble with are Larry’s mysterious growth above his eyelids which gives Dr lee major problem, and Leonardo who has a fist-sized growth on his head but the main problem is Leonardo is completely scared of doctors and Dr lee has to deal with that. The last two episodes of the season comprise a compilation of Dr lee’s most difficult and epic skin extractions and how she has helped so many people in living a better life.

The season which is also predicted to have a total of about 10 episodes, will deal with how Dr. lee goes on helping her patients and doing critical extractions. We will see many more new cases for sure and will obviously be a banger for the audience.

For the seventh season, its obviously going to be the usuals, Dr. Sandra lee herself along with her whole team and a pack of patients who are so messed up with the cysts and puss leaks, and finding patients for Dr lee has never been a problem, she has already told us that she just asks the patients for permission before the treatment and most of her patients are ready for that.

Like the previous seasons of Dr. pimple popper, we don’t have any expectations for the 7th season’s trailer and as we still have much time for the seventh season to begin, we can catch up on more of Dr. pimple popper on the shows web episodes which are available on Dr. Sandra lee’s channel on YouTube.

ALSO READ : When Are We Getting Man Like Mobeen Season 4 Release Date?