Let’s gear up now for some school drama, but with a cringe taste. We are going to talk about a new series today, which is recently released. Rebelde or Rebel in English is a Mexican television series of the genre teen drama and comedy. Written by Ilse Apellaniz, José Miguel Núñez, Talia Rothenberg along with Pericles Sánchez and directed by Santiago Limón, the series is based on the Mexican Rebelde Way by Cris Morena and Rebelde by Pedro Damián. The series is released under Woo Films and in the Spanish language.

The filming for Season 1 started in March 2021 and it recently premiered on Netflix on January 5, 2022. The series got 90 % ratings and gained positive reviews. The series completed its season 1 within just 8 episodes, and now the fans are looking for its next season. Till now, Netflix has not given the series the renewal for its next season. It all depends on the viewership and the reviews the series will receive. It will take around a month or two to make the announcement from Netflix. Well, wait till then and enjoy season 1.

The story revolves around six teenagers from a private boarding school, named Elite Way School. Some students have got admission on a scholarship basis, hailing from different caste and backgrounds. But, they all have one thing in common: the passion for music. In the entire series, the students are bullied if they got admission on a scholarship basis. ” The Lodge ” is a secret society created by some wealthy and affluent students to bully the poor ones. The society is led by Sebastián Langarica ( Sebas ), who is the son of a Mayor.

Seba has a close enmity with Estebán as he starts dating his ex-girlfriend, Jana. Seba offers Luka to tell him about his mother only if he will replace the music video with another video. He, on the other hand, did the same and disappeared from the school. Several conflicts, class wars, bullies, and college politics were at the top rank in the school. Luka and Estebán were later found to be stepbrothers and started a new relationship. Luka exposed Seba, his society, and all the bullies to everyone. Celina Ferrer, the principal exposed all the seniors along with her secretary, Anita, who slept with Seba and is known to be a member of the society. Seba was however saved to be expelled just because he is the son of the Mayor. As the series goes on, we see how the members exchanged their bands just of their selfishness and greed. Watch the series if you are a rebel.

Azul Guaita as Jana Gandía Cohen is one of the teenagers at the EWS school and a famous social media star who wants to be more than a model, but her mother doesn’t want her to be a musician and leave her modeling career. Sergio Mayer Mori in the character of Estebán Torres or Colucci lives with his widowed father and got admission to the EWS school on a scholarship basis. He wants to reveal the truth about his mother who left him during his childhood and got into a romantic relationship with Jana. Estefanía Villarreal as Director Celina Ferrer. Lizeth Selene seen as Andrea Agosti ( Andi ) is a lesbian from a middle-class family who hates her mother’s toxic boyfriend. She is attracted to her senior, Emilia, and later starts a romantic relationship with her. Giovanna Grigio as Emilia Alo.

Franco Masini seen as Luka Colucci is the son of a wealthy businessman who is also a board member of the EWS school. His father wants him to join the business program, but on the other hand, he joins the band with Jana. Being aggressive, his father always try to spoil the team spirit by the college politics. Jerónimo Cantillo as Guillermo Álvarez ( Dixon ) is a street rapper from a wealthy family of lawyers. He always hides his background, thinking it would spoil his street image, and likes MJ. Andrea Chaparro as María José Sevilla ( M.J ) hails from a Christian family who lies about EWS and told that she has enrolled in a religious musical conservatory, and later joins Sena’s band. Alejandro Puente in the character of Sebastián Langarica ( Sebas ).

MUST-READ: Rangbaaz Season 3 Release Date Is Not Confirmed Yet! 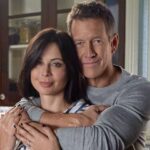 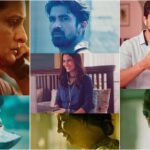