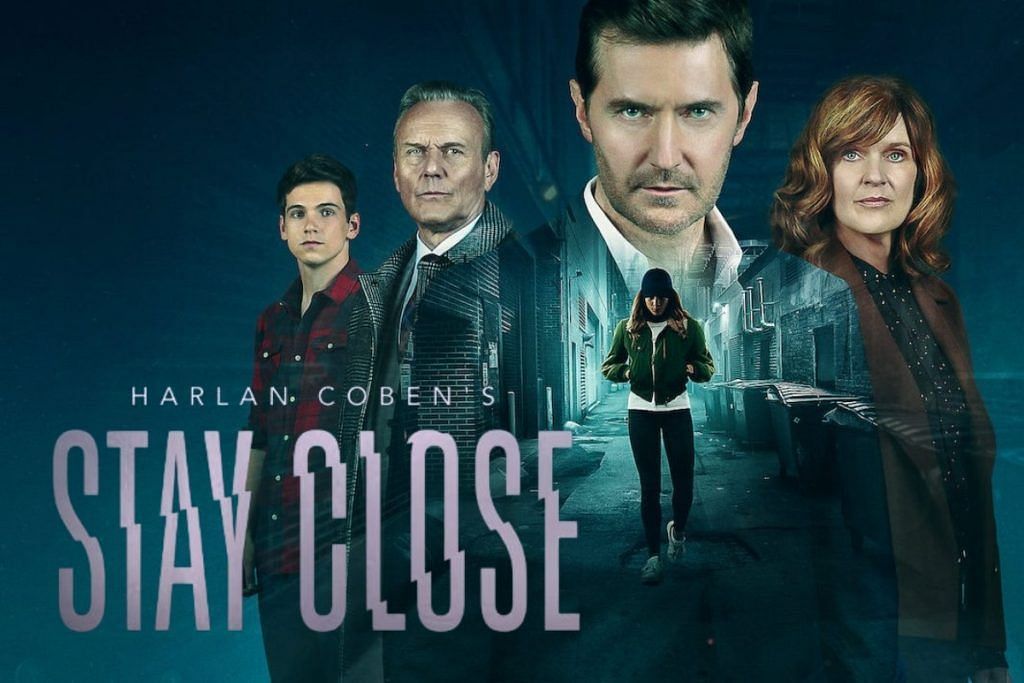 Mystery Drama, Crime Drama or Psychological Thrillers, these genera are the most fascinating and popular genera among teenagers and Young adults, that is why Streaming platforms like Netflix and Amazon Prime make more content on these, whether it is Mindhunter or Kaboom or even Servant from AppleTV+, no one want to miss this opportunity.

Stay Close is another mystery drama streaming on Netflix. Based on the 2012 Stay Close novel by Harlan Coben, this series is an eight-episode long miniseries.

A Daniel O’Hara directed series, Stay Close released on December 31st,2021. In October 2020, Danny Brocklehurst was appointed as head writer of this series. Filming of this series begins on 18th February 2021 and ends on 30th July 2021 in around Manchester, Blackpool, and most of North West England.

After a successful first season, many of us are waiting for the renewal updates for the second season of Stay Close. Well, Netflix hasn’t announced any details on the show’s future yet, but it’s been just some days since the release, we need to give it some time.

The main question is that will there be any season 2? Well, as we all know it’s an adaptation of a 2012 book by Harlan Coben with the same title. As per the book, it’s clear Dave is the murderer and the story ends the same in the series. But Stay Close star told RadioTimes.com that ending does leave a tiny door open for potential follow-up.

So, as of now Season 2 is still unclear but if it happens it will take time. So, if season 2 happens we can expect it to release before 2023 or in early 2023.

READ MORE: Call Me Kat Season 2 Episode 2 Release Date Is On Its Way!

The Pierce family lives the suburban dream with their three children, Dave, Megan, and Daniel. She has a murky past but found her true love in Dave.

Ray Levine used to be a talented documentary photographer, but the loss of the women he loved changed him. He now works as a paparazzo for hire taking pictures of rich kids and pseudo-celebrities.

Broome a detective is still haunted by the cold case of Stewart Green, a father, and a husband who disappeared seventeen years ago. His wife has been waiting for him ever since. In an attempt to exorcise his demons, Broome takes on the case of another missing man on the anniversary of Stewart’s disappearance.

It is about a splinter of three lives as the investigation of Broome opens old wounds, stirs up memories, and threatens to expose the truth. Psychopaths weave through the space between the three lives, intent on pursuing their agendas.

Mike Broome uncovers a new disappearance reminiscent of a cold case as Megan Pierce approaches her wedding. In her search for the truth about Stewart, Megan enlists the help of an old friend. Meanwhile, Broome suspects a connection as more and more missing persons are reported.

In this episode, Megan is unnerved by Dave’s claims that his mother had been visited by an unwanted visitor. Ray and Kayleigh reminisce about that fateful night when Carlton and others went missing.

Ray is questioned by the police while he tries to piece together his memories of Megan’s death. Harry brokers a meeting for Megan. Broome takes a leap in his personal life. The investigation into Erin’s disappearance leads Broome and Erin to a complicated old case after Megan’s reunion with Ray is cut short.

Uninvited guests turn Dave’s stag night upside down. Megan’s family divides Ken and Barbie. Lorraine reflects on losing a friend. Broome and Erin try to find out who is leaking information from the police force. Megan finally tells Dave the truth. Del Flynn realizes he is losing his grip on Ken and Barbie.

Broome is deeply affected by a shocking discovery, which draws Megan and Ray into the case. A fateful night from their past and is finally unraveled.