Rangbaaz is an original and real-life-based web series. The series is a mixture of action and crime, which will be fun for lovers of this genre. The series revolves around the life and crime history of two notorious gangsters based in two different states: one is UP and the other is Rajasthan. The series is gifted with the write-up of Siddharth Mishra and the direction of Bhav Dhulia. Currently, the series has two seasons with a total of 18 episodes, which were released in the Hindi language. It got released under JAR Pictures.

Season 1 of the series premiered on ZEE5 and ran from December 21, 2018, to December 22, 2018. In October 2019, the channel and the makers renewed the show for a second season, which was the sequel of the first one, and premiered on December 20, 2019, by the name ” Rangbaaz Phirse “. The series got 8 ratings on IMDB and was liked by 90 % of people. The series, like any other action web series or drama, got positive but medium reviews. The cast was good and all the characters played their roles very well. The series also has many songs in both seasons which makes it quite tiresome. But, still, the series is quite impressive.

If we talk about the next season, of which the fans are eagerly waiting for, then let me tell you that the makers have not announced anything about season 3. We can soon get the release date of season 3 ( if it will release ). The plot of the next season will be as same as the earlier 2 ones. It will show us the life history of some gangsters too. Let’s just stop assuming and wait for the announcement.

ALSO READ: 8 Bengali Movies On Netflix To Enjoy In Your Weekends!

The first season of the series tells us about Shri Prakash Shukla. His story starts from being a normal college-going man with desires and wishes, but, suddenly his life takes a full rotation and everything gets changed. Being in a hot-blooded act and helping one gangster, he too got involved in that line, which later made him the second-biggest notorious gangster. Sidharth Pandey, the cop is seen after him to catch and put Shri Prakash behind the bars.

The next season revolves around Anandpal Singh, the gangster of Rajasthan. It is the story of a young guy who falls and revolves around the rubbish political agendas, caste supremacy, and the bad view of society, which subsequently ruins his life. Further, in the series, it is shown his journey into the world of crime and how he became the best ever but a fearing gangster.

Let’s know the cast of season 1 first. Saqib Saleem, seen in the main lead character of Shiv Prakash Shukla, the gangster, Tigmanshu Dhulia as Ram Shankar Tiwari, Ranvir Shorey who is seen in the cop character of Sidharth Pandey, who is the leader of the Special Task Force, along with Aahana Kumra as Babita Sharma with Jay Saumik Joshi seen as Abhishek. Let’s see the cast of season 2. Jimmy Shergill, who is seen in the character of Amar Pal Singh, Mohammed Zeeshan Ayyub is seen as Sanjay Singh Meena, Sharad Kelkar as Raja Phogat along with Mahima Makwana as Vaishali Singh, A. K. A Chiku, daughter of Amar Pal and Gul Panag is seen as Anupriya. The cast of season 3 has yet not been announced, but, it will be announced soon.

As there are no whereabouts of the next season till now, we have to wait for its trailer too. I have provided here an introductory video of season 3. You can too watch it and know everything. 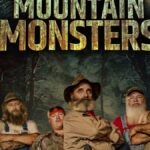 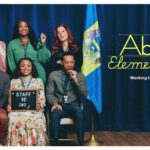