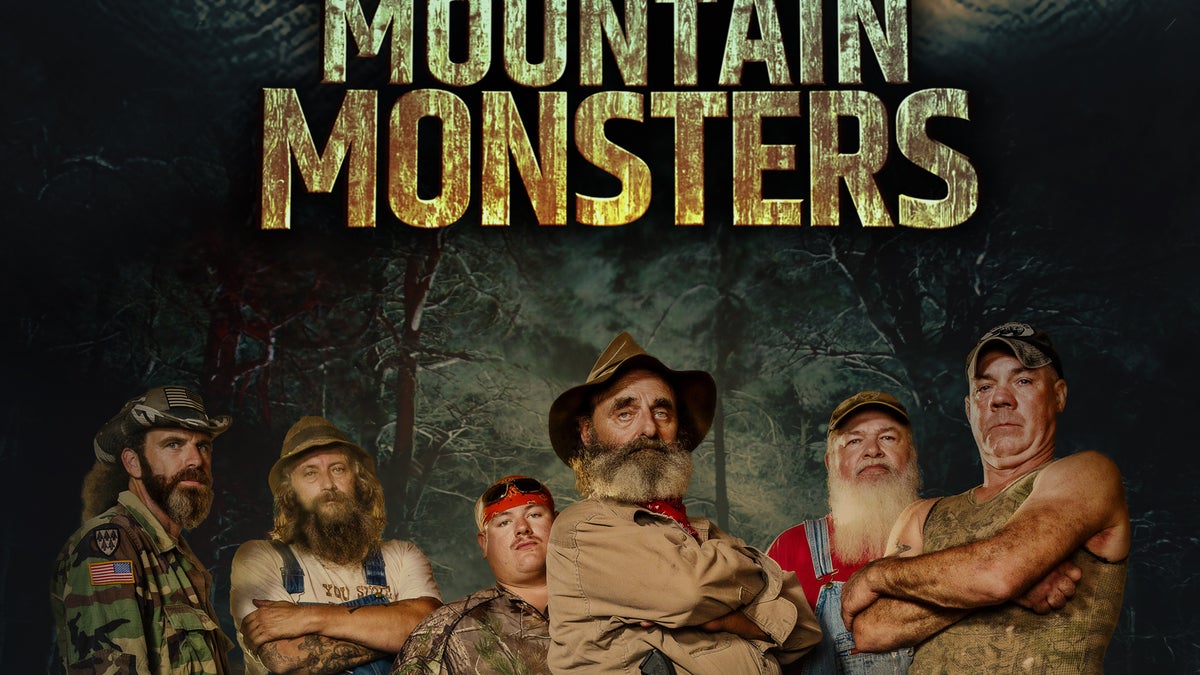 Did you know what is Cryptozoology? Well, Cryptozoology is a subculture and a pseudoscience that does research and studies of unknown, mythical, or extinct animals whose current existence is unknown or unsubstantiated like the famous Bigfoot, The Jersey Devil, or Loch Ness.

Mountain Monsters is based on that theme, It’s an American reality television show based on cryptozoology theme.

First aired on June 22, 2013, on Destination America than to Travel Channel. In this series, Appalachian Investigators of Mysterious Sightings (A.I.M.S.) follows a team of six native West Virginian hunters and trappers as they research and track unidentified creatures in the Appalachian Mountains.

Additionally, Mountain Monsters: By The Fire offers extra facts and never-before-seen footage from different episodes of the series.

This series has a total of 8 seasons and a total of 79 episodes for now with 40-60 minutes of Running time on each episode. This series was the first release on Destination America from 2013 to 2017 then Travel Channel aired this from 2019 to the Present. Discovery+ stream this for an international audience from 2021.

After having a good start to the 8th edition of this show, Mountian Monsters have released all releasing dates of upcoming episodes. As you know, episodes are being released on Sundays, the 3rd episode will do nothing different. On next to next Sunday by which I mean on 16th January 2022, the 3rd episode of Mountain Monstre’s 8th Season will release. 3rd Episode’s name is Bloodbath in the woods.

The A.I.M.S. has the aim to prove the existence of mysterious creatures such as Bigfoot and werewolves. They were founded by West Virginians John “Trapper” Tice, Jeff Headlee, and Willy McQuillian. Normally episode begins with Monster Hunting, on their way to the location where the creatures were spotted, Trapper, Jeff, Huckleberry, and Buck discuss the species they’re looking for, and then they meet with eyewitnesses who know where the creature might be located. The team conducts its initial nighttime investigation to find evidence of the creature’s presence.

When the initial night hunt is completed, Willy and Wild Bill begin working on the trap to contain the creature, while the rest of the team looks for further evidence, meeting with additional eyewitnesses who normally possess photographic, video, or even audio evidence of it. After trapping the complete area, teams begin their hunt for the final night.

In addition to being occasionally caught on camera, like Cave Creature, the creatures are also represented as digital renderings that appear before and after commercial breaks.

There have been some instance where the team placed trail cameras and/or infrared camcorders near the trap to capture photographic evidence of the creature. They have caught the fleeting image of potential Grassman’s, Shadow Creatures, Cherokee Death Cats, and Black Wolves among other creatures.

The A.I.M.S. The team has been spied on and sabotaged in recent seasons by rogue teams. The Rogue Team did not have much involvement in the sixth season, which focused on the team hunting monsters like in earlier seasons.

In an attempt to hunt for the Cryptozoic creature’s latest victim, the team is thrown into an absolute bloodbath after discovering the Grafton Monster is Hunting livestock on a cattle farm.

Following the 18 months hiatus, it was announced that the series was renewed for a sixth season and would move to the travel channel.

On January 3, 2021, a TV special titled Mountain Monsters: A tribute to Trapper was announced. The seventh season will premiere on January 10, 2021. After Season 7 premiered, it was announced that a new episode would only be available on the Discovery+ streaming platform for the remainder of the season.