Looking up for some crazy, drama, romantic, or psychological thriller movies, and that is also in the Bengali language, then you are at the right place. For some time, movies, dramas, and almost everything have made their way to the digital platform. Whether it is Netflix or Amazon Prime, they are loaded with a ton of movies, dramas, and shows. Let’s take a look today at some amazing movies with a unique concept, which were released on Netflix. After reading the short detail of every movie, and watching the trailer, you will melt your heart and decide whether and which movie will be best suited for you. Then, let’s go!

The first series on our list is of Samantaral. Directed by the renowned director Partha Chakraborty, Samantaral is a psychological drama movie that is based on a social issue: the third gender. The movie star cast Parambrata Chatterjee, Soumitra Chatterjee, Riddhi Sen, Surangana Bandyopadhyay along with Aparajita Adhya and Tanusree Chakraborty. The story of the movie revolves around Arko, and his maternal uncle Sujan, who is transgender. When he returns to his maternal uncle’s house for some time, he, later on, got to know about the truth behind the life of Sujan, who was kept locked in his house for a long time. He asked the elders to take Sujan outside for some time, but he was refused to do so. On insisting, he was able to take Sujan outside the home and got to know about his reality, that he is an intersex person. At the end of the movie, we see Sujan commit suicide and donate his eyes to his abusive younger brother.

It was nominated for the Best Film ( Critics ) under the Filmfare Awards of 2018. Chatterjee also received nominations for the Best Actor in the Male Leading Role. If you are somehow looking up for some psychological and thriller drama movie, then this Bengali one can be best suited for you. Watch the trailer of the movie.

Released in 2017, Mayurakshi is an all-drama-related movie between a father and a son. All the credit for the movie goes to Atanu Ghosh. A good relationship between a father and a son is very rare in today’s modern time, but still, the movie shows us the emotional relationship between an 84 years old father Sushovan, retired professor of history, and his middle-aged son Aryanil. He came from the US to spend some days with him to have some relaxation. They both shared quality time, emotions, and old memories with each other. The movie is a full bonanza of emotions and feelings, which are shared between the two. The film has won the award for Best Bengali feature film at the 65th National Film Awards. Watch the trailer of the movie.

Shonar Pahar, which came in 2018, is also one of the super hit Bengali language movies, whose story will just touch your inner soul from the deepest. Directed by Parambrata Chatterjee, the movie stars Tanuja, Soumitra Chatterjee, Jisshu Sengupta, Arunima Ghosh, and Parambrata Chattopadhyay. This story is all about the emotional relationship between a mother and her son. Upama, a 72 years old retired school teacher lives alone in a house in Kolkata. Her only son, Soumya lives separately with his wife Moumita. It all went into emotional drops when we see how Upama sustains her life. Suddenly, her life turns and she met with a 7 years old boy, named Bitlu, who is an orphan. Soon, their bond gets stronger, but one day, they both go missing. Soumya, at this time, on realizing her cost and value starts finding her. Watch the trailer of the movie.

Released in 2018 and directed by Soukarya Ghosal, the movie star cast Mahabrata Basu, Kaushik Sen, Sreelekha Mitra, Shantilal Mukherjee, and Anumegha Banerjee. The movie had positive reviews, and it was able to make its way to the heart of the audience. The story revolves around an orphan boy, Ghoton or Basu, who lives with his greedy maternal uncle. As he is suffering from septicemia from birth, he failed twice in his school, and then, his uncle was advised that he should get his admission to the school of specially able children. As he did not want to spend money on his education, he makes Ghoton his servant. He often beats him, behaves with cruelty, and did not give food. He used to go somewhere outside to eat. One day, Ghoton was encountered with a Pori in his house. She helped him in every work and to make his uncle happy. Watch the trailer of the movie.

Jonaki, released in 2018, is again a psychological and thriller drama film, written and directed by Aditya Vikram Sengupta. The Star cast of the movie includes the late Lolita Chatterjee, Jim Sarbh along with Ratnabali Bhattacharjee, and Sumanto Chattopadhyay. The plot of the movie revolves around an 80 years old woman, who is searching for love and starting a new journey in a new world with some decaying memories.

The movie has won and been nominated for many awards. The movie was nominated for the Netpac Award in 2018, the Golden Gateway of India Award under the category of Best Film at the 20th Mumbai Film Festival in 2018, and won the Silver Gateway Award. It has also won a Special Award for the Best Film on Gender Equality at the Oxfam Awards in 2018. Watch the trailer of the movie.

Revolving around suspense and mystery, Meghnad Badh Rahasya got released in 2017 in the direction of Anik Dutta. The movie’s star cast includes Sabyasachi Chakraborty, Abir Chatterjee, Gargi Roychowdhury, Sayani Ghosh, and Vikram Chatterjee, with the story plot revolving around Asimavo Bose, a famous writer, and professor, who got disappeared in a very mysterious way. All his family members including his wife Indrani, son Wrik, step-daughter Guli, assistant Elena and nephew Dheeman, have their motive to harm him. But, suddenly, everyone got to know that all the secrets are in a book named Meghnad Badh Rahasya, which was given unnamed to Bose as a gift, but then arises the question: who did give him the book and with what purpose? To know the answers, you have to watch the trailer and the movie. Watch the trailer of the movie.

Again released in 2018, Komola Rocket is based on Moulik and Saipras, which is written by Shahaduz Zaman. The movie is written and directed by Noor Imran Mithu. The movie star cast includes Tauquir Ahmed, Mosharraf Karim, Joy Raj, Samia Said, and Fariha Shams Sheuti. We are introduced to Mofizul and Atik, thriller characters of the movie. The first one, a canvasser, boards the steamer with the body of his wife, who died in the fire. The latter one is the owner of a garment factory who burns his factory and disappeared to claim money from the insurance company. All the suspense and mystery revolving around the same men, leaving the fans to think. Watch the trailer of the movie.

The first short story, named The Background Artist by Nuhash Humayun shows us and tells the story of a movie side character who is called extras. The second one, called the Cheers by Syed Ahmed Shawki shows us the emotional breakup and psychology of a girl after a breakup in love. The third one is Jibon’s Gun by Rahat Rahman, a story about a teenaged gangster in Dhaka. Magfirat, the next story by Md Robiul Alam tells us the story about a car driver whose mentality suddenly changed while working in Dhaka. The next story, M For Money Here/ Murder by Abdullah Al Noor is the story of two corrupt industrialists. The next sort of story is Juthi by Syed Saleh Ahmed Shobhan, which tells us the story of complex psychology between a man and a woman. Watch the trailer of the movie. 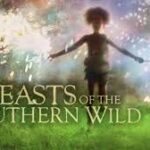