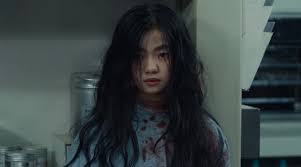 The silent sea is a Korean drama series that was dropped by Netflix on Christmas eve,  a series complete based on a moon story, in the series we see that the storyline is based on life on earth but not the present earth, it’s the future, a future that none of us expect, with time there have been drastic changes in the climatic condition which has led to a severe crisis on the earth and has made the earth kind of inhabitable for humans, there is a severe crisis of water and that’s what the story is all about, Luna or more specifically Luna 071 is one of the experiments that has been conducted on the Balhae station on the moon, she is the lone survivor of the experiment and the story towards the ending of the series completely revolves around it.

The silent sea season 1 premiered on Netflix on 24th December 2021 and it has been an 8-episode series, the series ended on a cliffhanging note, promising the viewers a second season where we can expect more updates on what happens to Luna and the team that went to Balhae station and will they make any progress on lunar water, though we have received confirmation about the second season, we haven’t received any proper updates about when we are going to get the second season. Though we aren’t here to disappoint you at all, we also have tried to reach out to our sources for our readers and have found out that we can expect the second by 2023, but till then the suspense about Luna and lunar water has to be stored in our hearts.

The silent sea storyline is completely set in the future of the earth, where due to extreme climatic changes the earth has become inhabitable and water is scarce, thus a team has been set up and they go on a mission to Balhae station on the moon, it is an abandoned station where the team expects to find something which will help them to save the earth, though their adventure starts with a major crash on the surface of the moon and loss of oxygen level before they even manage to reach the station, though they manage to reach inside and fill up their suits with oxygen, we see many major events in the series through the suits of the astronauts and following the storyline, the station used to be used for experiments on ways how to make lunar water drinkable by humans, lunar water has a unique property of turning everything into water, there have been 72 killing of little kids while they were being experimented on, the Luna 073 is the only survivor of the experiment, who is able to handle lunar water and also produce antibodies that can make other humans able to consume lunar water themselves, one of the prime examples from this is Dr Song who survived one of Luna’s bite. Luna was found on the Balhae station all alone after it was abandoned earlier and now the new research team is considering her the last option and the savior of humanity.

We can expect the same cast along with a few more new faces added to the cast for season 2.

Season 1 has already dropped on Netflix and is loved by the viewers and the cliffhanging note it has left us on, has made the viewers restless for the coming season 2 and if you still haven’t seen the season, go check out the trailer right now. 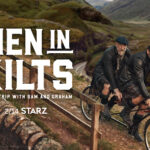 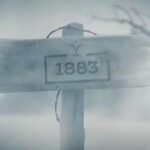