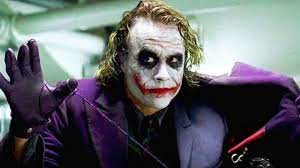 Heath Andrew Ledger was an Australian actor born in Perth, Australia on the 4th of April. He moved to the United States of America in 1998 to develop a film career.

Heath Ledger played one of the most iconic characters Joker in Christopher Nolan’s The Dark Knight (2008) and won an Oscar in Best Supporting Actor’s Category but he was dead at that time. He died on 22nd January 2008 due to a drug overdose.

On November 4th, 2007, Heath gives an interview to Sarah Lyall about his trouble sleeping, that interview was published in New York Times. Ledger told to Sarah that when he took the role of Joker, he suffer from usual Insomnia, “ Last week I slept about an hour or two, I couldn’t stop thinking and my mind was boosting”, he usually takes Ambien pills to help him sleep.

Ledger was widely reported for drug use after his Death Entertainment Tonight aired a video from 2006 which shows that Ledger said that he used to smoke five joints a day for more than 20 years.

On January 22nd, 2008, at around 3:00 p.m EST, Housekeeper Teresa Solomon and therapist Diana Wolozin found Ledger unconscious in his bed.

According to the police report, Wolozin arrived at Ledger’s Loft at 3:00 p.m for an appointment, she found him unconscious, she called his friend Olsen for help. Olsen called a Private security guard to go to the scene. At 3:26 p.m Wolozin dials 911. The 911 operator instructs her to give him CPR.

At 3:33 p.m paramedics and police arrived at the scene ( almost the same time the guard came). At 3:36 p.m Ledger was announced dead, and his body was removed from his apartment. He was just 28 at that time.

The Office of the Chief Medical Examiner of New York releases a conclusion that was based upon an initial autopsy report that was done on 23rd January 2008 and Toxicological analysis, the conclusion was released on 6th February 2008. That report concludes Ledger dies as a result of high intoxication by combined side effects of Hydrocodone, Diazepam, Temazepam, Alprazolam, Doxylamine, and Oxycodone. Report added that the drug intake manner was an accident that causes the death of the actor. Some of the medications found in the toxicological analysis are prescribed in the United States for Insomnia, anxiety, and cold symptoms. In the United States, the majority of physicians are unwilling to prescribe multiple benzodiazepines to a single patient, let alone one who is already taking a combination of Oxycodone and Hydrocodone.

The Associated Press and other media reports that the actor’s death might occur between 1:00 p.m and 2:45 pm on 22nd January 2008, the Medical Examiner office would not publicly disclose the time of death. The official announcement of Ledger’s Death heightened the concerns of Prescription drug abuse and misuse of combined drug intoxication(CDI).

On 23rd December 2008, Jake Coyle writes surveying 11 months after Heath Ledger’s passing, that the Death of Heath Ledger is the year’s top entertainment story, which was voted by newspaper editors and broadcast editors.  He claimed that this happen due to the shock and confusion in the surroundings as well as the legacy of Ledger by his acclaimed performance in The Dark Knight which was the year’s biggest hit, and for which he won an Academy Award in Best Supporting Actor’s Category.

After the news of the death of Heath Ledger became public, fans, media, and supporters began gathering outside his apartment in SoHo, with some flowers.

It’s been almost 15 years since the actor dies, but still remains a bit of hollowness among his family members and supporters. In January 2011, the state theatre center of western Australia renamed it Heath Ledger Theatre, it is in Perth which was the hometown of the actor.

READ MORE: Is Suits A Sitcom And How? Everything Explained 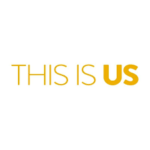 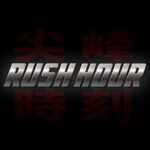