The most iconic character created by the marvel universe, the role played by Robert Downey Jr soon came to an end with Marvel’s “End game” in 2019. It has been hard for all the fans to accept that our loved iron man or tony stark is no more in the marvel universe and we don’t know who is going to mentor Spiderman after this and what happens to the Stark Industries and many more such questions stay in the hearts of the millions of audiences but the biggest question of all time is that are we going to get the next iron man and who is it going to be? this question has ended up in the hearts of most fans by now and here we are with some of the answers that have been eating you up.

There is a high chance that we will get to see the rise of a new iron man, though not tony stark or Robert Downey Jr will be playing the role but someone new, there is a list of characters who have been expected to slip into the shoes of the tony and we can say that, though it won’t be the Iron Man we have seen while growing up, it won’t be at all disappointing. Come on we all know marvel never disappoints us and this time we are talking about The Iron man, they won’t take the matter very casually for sure.

Are We Getting Iron Man 4?

Yes, there are many rumors regarding the next iron man movie after getting three iron man movies in the past years, a lot of confusion stands in mind. We can’t completely say whether it is going to be an iron man movie but we can surely say someone is going to carry on tony starks legacy, and as we have seen there is already news about the making of iron heart, a new movie, a new character but maybe the same spirit which tony stark shared, the same love for technology and being cool always. We can also say that after the end game, in which we saw tony starks funeral we can’t expect him to come back in the Marvel Universe anymore but marvel is giving us another character who may be the forerunner of the Iron Man. We can expect the release of iron heart by the end of 2022 and will get more news by the middle of the year and will keep you updated about all.

Top Characters Who May End Up Being The New Iron Man

As we see, a new team of young superheroes is being set up after most of the Avengers leave, and as we expect they are going to be the new avengers of the upcoming generation, we often hear the name of the Iron Lad, Iron Lad’s real character is Nathaniel Richards, we have often seen the name highlighted in many of the Marvel stories and rumors and as we see he has got the same looks and characters as that of Tony Stark’s Iron Man, we can expect much from him, we also have heard rumors that TY Simpkins will be playing the role of the Iron Lad, we also have seen him in end game during tony starks funeral, the outlet made us note his present age which may be perfect for the setting of the new Avengers.

Another character that tops the list and can be a great replacement would be iron heart as we already see a complete comic set on the character. Dominic Thorne will play the role of Riri Williams, aka Iron Heart and we can see her having the same character as Tony starting from being smart creative, and many more such skills, currently with work going into black panther 2 and according to the confirmation from Marvel Studio boss Kevin Feige, we are going to see Riri Williams in the new upcoming movie, and according to the comics, she is soon going to soon make her own suit.

If you truly are a marvel fan and are waiting for the succession of The Iron Man we have to sit tight and wait for black panther 2 because that will obviously provide us an update about Iron Heart which is the closest at this point to Iron Man’s legacy and if you still haven’t watched any of the iron man movies you have a lot to catch up on and it’s going to be an amusing ride for you. 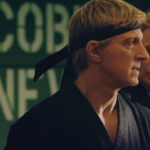 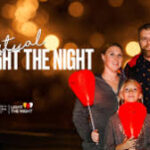