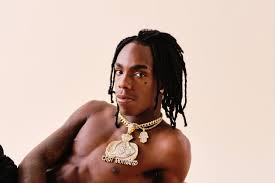 The 22-year-old American rapper YNW Melly is still alive according to most valid sources and is living as a felon in prison since 2019. He was charged with two first-degree murders of his two close friends who were particularly rappers too and got taken into custody in February 2019, he was diagnosed with covid 19 in prison while pandemic broke out all over the world in 2020 but he was denied bail unlike other celebrities whose health issues aided their bail statements, and after that, we haven’t received any further major updates regarding his bail but we can surely assure you that he is completely alive and is in better condition than he was while suffering from covid 19.

Who Is YNW Melly And All About Him

YNW Melly is an American rapper and singer whose actual name is Jamell Maurice Demons, he was born in May 1999 and was brought up by his single mother Jamie demon kings and we don’t have much information about his father though a rapper named Donte claims to be his father, Demon ended up joining a gang at a very young age, and he started making and uploading music on SoundCloud by the age of fifteen only, his early life connection with a gang may lead to his criminal tendencies and mindset in the present years, Demons adopted the name YNW Melly at the age of 16 which can be officially considered the year marking the beginning of his career and fame.

The demon started receiving fame, love, and support from his fans at a very early stage of his career. In 2017 he dropped his album “collect call” which featured a large number of well-known artists and ended up being a huge success for him and by 2018 he dropped his debut mixtape known as “I am you”, which was a great contribution to his career and it also made into billboard 200 for 2018 standing at the 192nd rank. For the last two years, he has been living the life of a felon in jail as he is charged with 2 first degree murders of his fellow friend and rappers in 2019, since then there have been continuous tries to get him out on bail somehow but the motions have always got dismissed and we fans can do nothing but wait for their favorite rap star to receive bail as early as possible.

ALSO READ: Why Did Jonas Brothers Split Up? Where Are They Now?

In the year 2015 demon was charged with three counts of aggravated assault with a firearm, discharging a firearm in public, and firing three shots at three people, Demon was sent to jail for 3 years and then he got out on probation in 2016, again in 2017 he was sent back till 2018 for breaking his probation. He went consecutively two times to jail in 2018 and 2019 till he turned himself in February 2019 for the charges against him for the murder of his two fellow friends and rapper who were depicted to have been killed in a drive-by shootout but according to many sources it was a conspiracy for financial gain and was planned by Melly and YNW Henry after Thomas Jr and  Williams got injured, Henry drove them to the hospital but they soon passed away succumbed to their wounds.

YNW Melly had his career begun at a very young age, started and making music at the early age of 15 but we soon can mark his official debut into the industry in 2016, 2017 he started working with well-known artists from the industry and one of his songs from 2018 also ended as the 192nd song Billboard 200 of 2018. 2019 out of all his years in his career has been the most prosperous one for him were in one of his mixtapes featuring Kanye West, he also ended up having more than 10 million listeners over Spotify with one of his works from that year making it to the top 8 in billboard 100 and another one ranked 34th in billboard 200, we can say that just as we started rising and acing in his career, he had a fall down the hill. 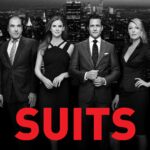 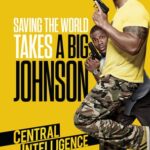