Superhero films have always been loved by all quarters of audiences. So when the Tovino Thomas starring film recently. It almost instantly became a fan favorite.

Minnal Mural is a Malayalam film starring Tovino Thomas that is streaming on Netflix. The film opened to a mix of positive and negative critical reception. Contrary to its all-out successful run on OTT. With love from fans, comes great responsibility and so has come on the steps of the makers of Minnal Murali as fans have been demanding in unison, a second season.

Directed by Basil Joseph, Minnal Murali translated to Lightning Murali is the new superhero film in town. Sophia Paul has produced the film under Weekend Blockbusters. 2021 film has a solid script as its backbone was written by Arun Anirudhan and Justin Matthew. The film has been under production since 2000 even though pre-production got delayed due to Covid. The shooting too got pushed multiple times because of the pandemic and so did the release. Initially, set to release in theatres in the latter part of 2020, the film managed to be released on Netflix on 24 December 2021.

It also premiered at the Mumbai Film Festival on December 16. Originally shot in Malayalam, the film also has Tamil, Telugu, Kannada, Hindi, and English versions.

The plot of the superhero film follows a tailor named Jaison who wants to migrate to the US. As fate would have it, Jaison finds himself amidst an interesting turn of events, when along with his neighbor he is hit by a lightning bolt on Christmas eve thus possessing some superpowers. What follows is a host of adventures where they must put the newly gained powers to use. Now fans are eagerly waiting for the second season as this was more of an introduction and multiple layers are yet to unfold.

So what are the chances of a new season, Thomas was quizzed with the same question in a recent interview and he talked about how Minnal Murali was a life-changing experience and what went behind the body transformation he underwent in Minnal Murali? The actor confirmed that Minnal Murali 2 is under work. However, Sophie Paul the producer of the film opines that it is too early for them to confirm a renewed season, she did say that they are thinking about it.

Minnal Murali has set the base for a new superhero universe in Malayali cinema. The first movie has introduced the hero to us while setting up a backstory. There’s enough room for creativity if the makers choose to go for a sequel. They can depict Minnal Murali in various situations where he uses his powers to establish goodness. The story can progress like any typical film that follows the age-old messaging of good over evil.

The makers can even choose to make a series out of the film much like the Marvel and DC universe. In that case, they can add various other heroes in the story, too. Whatever they might add to the film, one thing is for sure that the film will make up for an engaging and superlative viewing experience and chances are extremely high that the makers will opt for a sequel.

Minnal Murali has an ensemble cast that includes Tovino Thomas in dual roles, Thomas plays our protagonist, Jaison who is a tailor by profession and gains some superpowers through an interesting turn of events. Minnal Murali is the name of his superhero self. He also plays Jaison’s father Martin Rangakala in the film.

ALSO READ: Will Ant-Man Be In Avengers? 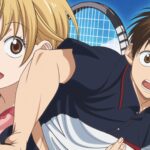 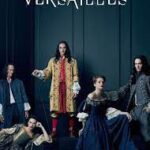