The Tragedy of Macbeth released on 25th December 2021 is a historical thriller film which is written and directed by Joel Coen and is based on a play by William Shakespeare named Macbeth.

The Macbeth is a play that was first performed in 1606. Political ambition, which seeks power for its own sake, is portrayed as destructive in this play.

Shakespeare’s Macbeth is the play that most clearly shows his relationship with King James I, who patronized Shakespeare’s acting company during the reign of James I.

Normally, Joel Coen directs movies with his brother Ethan Coen, They have directed films like No Country for Old Men(2007), O Brother, Where Art Thou? (2000), True Gift(2010), and many more. They have received fourteen Academy Nominations and won 4 of them. Unlike this film which was only directed by only of the brother Joel Coen.

Story of The Tragedy of Macbeth

Macbeth is a brave general who is prophesied to become King of Scotland one day told by witches. Consumed by ambition and spurred by his wife, Macbeth kills King Duncan and established himself on the Scotland throne.

Macbeth and Lady Macbeth are driven mad by the bloodbath and civil war, becoming afflicted with guilt and paranoia as a result. To protect himself from enmity and suspicion, he is driven to commit even more murders.

Macbeth’s plans together to kill Duncan and wait until everyone is asleep so Macbeth can enter the castle and kill the king. When the appointed time arrives, Lady Macbeth gives the guards drugs to allow Macbeth to accomplish the mission.

Soon Macduff arrives discovers that the king is murdered and Duncan’s sons Malcolm and Donalbain, flee and fear that they can get murdered too; but they are, nevertheless, blamed for the murder.

Now, Macbeth is the one who becomes the King of Scotland but is plagued by the feeling of insecurity. Knowing that Banquo’s descendant would inherit the throne, he slaughters Banquo and his son Fleance. The next night, Macbeth witnesses the ghost of Banquo at his state banquet and scares the courtiers with his mad response.

Lady Macbeth dismisses the court and tries in vain to calm her husband. Macbeth meets the witches, who assure him he will be safe until the local wood, Birnam wood, marches into battle against him

He also needn’t be afraid of women. Now, Macbeth has gone insane, he is now slaughtering many, including the Macduff family out of terror of being killed.

Malcolm’s army is carrying branches from Birnam wood in the forest to disguise their attack on Macbeth’s castle as camouflage. Macbeth feels safe in the remote castle until he is informed that Birnam Wood is approaching.

As the final battle begins, Macbeth hears of lady Macbeth’s suicide and mourns, while an overwrought and conscience-racked Lady Macbeth walks in her sleep and tells her secrets to her doctor. She commits suicide.

The head of Macbeth is brought to Malcolm by Macduff, who declares peace and goes to scone to be crowned king.

Is The Tragedy of Mecbeth a True Story?

Like many of Shakespeare’s plays, Macbeth is rooted in real historical events.

For this play, Shakespeare might get inspired by Raphael Holinshed’s Chronicles of England, Scotland, and Ireland, a historical event that happened, as well as The ascension of James I, who took the British throne after the natural death of Queen Elizabeth I. So we could tell that The tragedy of Macbeth is not based on a single real event but an imagination inspired by real incidents.

The Tragedy of Mecbeth Cast

The cast of well-known celebrities The tragedy of Macbeth’s leading roles are Denzel Washington as Macbeth, Frances McDormand as Lady Macbeth, Kathryn as Witches, Harry Melling as Malcolm, Corey as Hawkins, Brendan Gleeson as King Duncan, Jacob McCarthy as Wheyface, Moses as Ingram as Lady Macduff, Bertie Carvel as Banquo, Brian Thompson as Jeune Merutrier and Sean Patrick Thomas as Monteith and Ralph Ineson as The Captain. 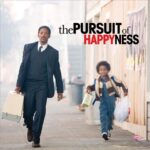 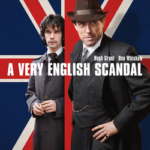