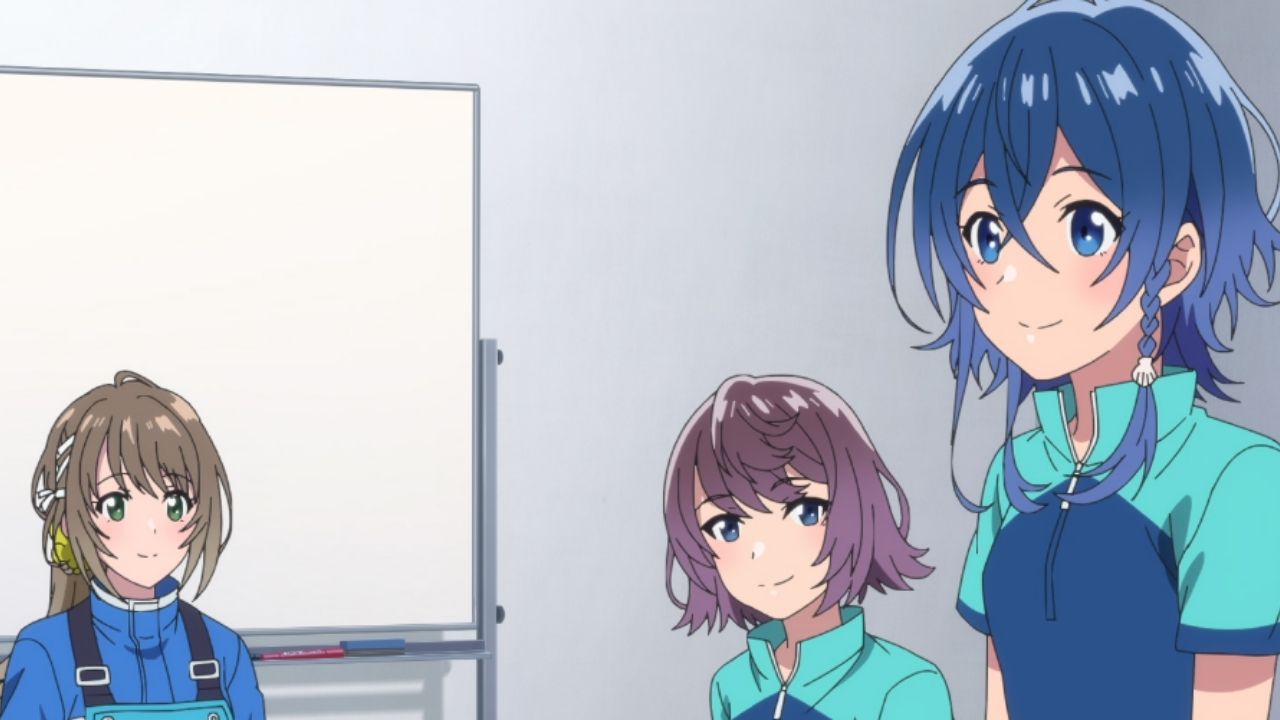 We have already seen the lead characters Kukuru and Fuka having a turning point in their lives by the end of the 24th episode. A time leap is shown at the end of episode 24, though as it was suggested by the editors as the final episode of season 1, there hasn’t been many updates about episode 25 or season 2, in the upcoming storyline we can expect the two leads to start something together, it can probably be a business expansion of the aquarium as Kukuru gained more experience as a sales manager at Tingarla aquarium and this two years’ time leap has also made her understand how to have a work-life balance, as for Fuka we see her go for training so she also must have learned a lot about running the business. Thus, we can expect to see in episode 25 an expansion process being undertaken in their business.

The first episode was released on 8th July 2021 and was followed by 23 more episodes, the last episode, episode 24 was streamed on December 16, 2021. There haven’t been any updates regarding the new season but it can be expected to begin a new season from the middle of 2022 as the ending of episode 24, itself marked the continuation of the storyline. though it isn’t rare for anime’s to have a sudden episode release so we shouldn’t stop expecting from the creators for an unexpected release of episode 25.

ALSO READ: Are We Going To Get Season 2 For Smile Down The Runway?

Regarding the last episode of the season, it is filled with many emotional aspects we see the starting of the episode with Kukuru dreaming about Gama Gama, we all know how the closing of Gama Gama affected Kukura , though when she spoke about her dream to Fuka, Fuka ignored the statement and moved on to the next topic to distract herself, we also see this event is followed by the arrangement of the wedding that was supposed to be held at Tingarla aquarium, the episode beautifully depicts the work of the team in making the occasion special.

Kukuru brings in the fish decor and then also brings in the board from Gama Gama, this shows how Kukuru has managed to move on from being upset about missing Gama Gama and she has decided to move on in life and have a new start. The creative ideas make the wedding a grand success for the entire team with the bride and groom being extremely happy, we also get to see that Kukuru’s grandfather comes to meet her after the wedding gets over, she expresses to her grandparents how she is struggling to be happy in Tingarla and her grandparent’s pieces of advice made it clear for her what she needs to do in life and how to be happy.

With all of such events going on we slowly come towards the end of the episode where we watch Kukuru and Fuka to part their ways in life for a two-year time leap where we see Kukuru devote her heart and mind to her work and Fuka leaving for hawai to train herself in handling the business more, though THE AQUATOPE ON WHITE SAND does not leave us viewers disappointed at the end, after the two years’ time leap, we see the meeting of Kukuru and Fuka again and how they are going to work together. The 24th episode seems so perfect as we see two young girls slowly maturing into two young women, it shows great character development of the two lead characters in the series and keeps us all waiting for the new season.

The main story circles around the two main characters Kukuru and Fuka in episode 24, we also see the appearance of Kukuru’s grandparents in a scene, the entire Tingarla stuff is completely in action during the entire episode. With the beginning of season 2, we can expect the following characters to be present there

After the heartwarming series of events and the urge to wait for the new season if you still haven’t watched episode 24, you can watch it by clicking on the link below.