Muv Luv is a Japan based series and game. It consists of three parts, Muv Luv Extra, Muv Luv Unlimited, which is then followed by Muv Luv Alternative. The game is developed by âge. Published by JP on Microsoft Windows, XBox 360, PlayStation 3, Android and iOS. It was released on February 28, 2003. Its novel series was published by Shueisha, which ran from October 25, 2006 to June 30, 2009.

All the fans who are waiting for its season 2, there is good news for all of them. The makers have finally announced that season 2 will on air in October 2022. Well, it’s a long time, but a relaxation that something about the season has come.

We see in the Extra part that Takeru Shirogane is a boy, who wakes up one fine morning and realized that a young and beautiful woman lying beside him. Then after, her childhood and neighborhood friend Sumika Kagami comes to wake him. That young and beautiful lady, Meiya Mitsurugi, is from a financially well-developed family and supposed to be Takeru’s bride. We also see that Takeru has recurring dreams of a girl with whom he had made a marriage promise long ago. He was, at first confused with Sumika, but later on, realized that Meiya is the right and his dream girl.

We see in the Unlimited part that Takeru, after waking up sees Sumika’s house is being crushed by a mecha and realized that he is in an alternate world, where the aliens called the BETA have invaded the place. Humankind is struggling now with the help of a special mecha, Tectical Surface Fighter, or simply called Senjutsuki in Japan. In the Alternative part, we again see Takeru in the bed, after 3 years of Unlimited, wakes up to realize if it was a dream or not. He soon finds that he has been sent back in time to the beginning of the Unlimited. Being upset and sad with what happened at the end of the Unlimited, he decides to help professor Kouzuki to save the Earth and humankind.

Takeru Shirogane, voiced by Takeshi Aiba in the Windows version and Soichiro Hoshi in ports is 3rd-year high school student with a carefree attitude. Although, he is an intelligent one, his laziness dominates his intelligence. Sumika Kagami, voiced by Hiroko Taguchi and Rika Fujiwara in the Windows version and is Takeru’s childhood friend. She has a bubbly personality and nature, and she reminds her days spent with Takeru.

MUST-READ: Is Daughter From Another Mother Season 3 Release Date Confirmed? 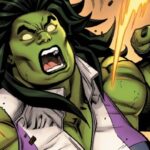