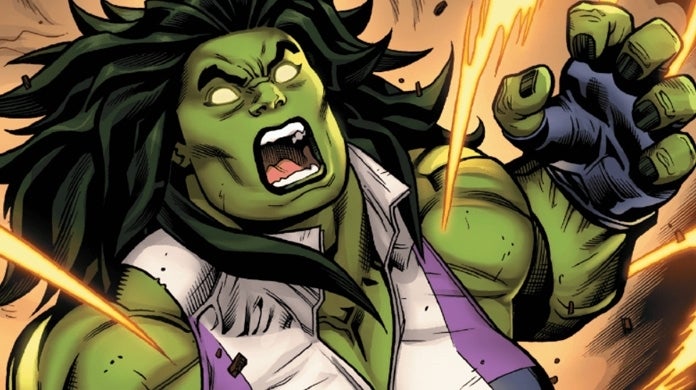 Avengers series was everyone’s favorite. Its characters were impressive, strong, funny sometimes but great. She-Hulk is also one of the characters, who has left a remarkable glimpse of herself before the audience and fans. But, there is always a doubt in everyone’s mind: Is She-Hulk An Avenger? Well, we are here today to help you with your doubt. So, just stay tuned with us.

Who Is She Hulk? Know Here !

She-Hulk / Jennifer Walter is a fictional character in the Marvel comic series. It is created by the writer Stan Lee and artist John Buscema. But how did Jennifer Walter become a hulk? Let us know who is Jennifer Walter. Walter is a lawyer by profession, who after an injury, received an emergency blood transfusion from her cousin brother Bruce Banner. As Bruce is a hulk, Walter also received a mild version of his hulk-like character. From then onwards, she became a large, powerful, and green-hued version of herself: the She-Hulk.

As she was a shy and fragile person from her childhood, her new look of being a hulk gave her the confidence and the freedom, which she was searching for from childhood. In one of her missions, she had to stop the leakage of radiations, which could be harmful to others. However, it resulted in a drastic effect on her, as she could no longer transform herself back into the original human form and her transformation became permanent. But, she was still happy about this. She had also gained the power of transforming her green look into a gray one, but just only at night. She appeared in many wars, fights, and mysteries. Furthermore, she had worked for Fantastic Four for almost four to five years, and then, she joined the Avengers.

Is She Hulk An Avenger ?

The answer is a complete YES. After becoming a hulk, she joined Fantastic Four and worked for almost four to five years. Then, she joined the Avengers game. She had been in many fights and wars but always maintained a legal aspect, as she was a lawyer too. She fights for many supernatural heroes, mentally and physically ill people to help them in getting their rights.

Powers And Abilities Of She Hulk !

After becoming a hulk, she became more powerful and large. She also gains the anger nature of Hulk. She often outbursts on things: whether small or large. However, she retains her intelligence and emotional control. She gets the stamina, strength, and agility of a hulk. She once gets defeated by the Champions Of The Universe, and in order to win, she practiced for several months in her normal form and defeated the former in the rematch. She received a power upgrade from Eson, by which she became more powerful and strong than the other characters: Thor, Marvel, and others. Thor once mentions she can do anything with just her bare hands.

She-Hulk has a special type of skin, which protects her from any sort of disease, wound, force, and pain. She is even resistant to diseases. She has the healing power too, by which she can recover completely in just a few times. She mentions herself as An Omega Bomb, which can explode anytime anywhere. She can even absorb the lump some amount of energy.

Although, having the powers and abilities of Hulk, she even has many abilities and qualities in her normal form. Other than just being a criminal lawyer, Walter is also trained as a pilot and had used a modified Dodge automobile equipped with many technologies. Although, she was much shyer and a conserved person in her normal form, but became a confident independent, and open person in the Hulk form. She has also started her disaster relief organization, where she helped the people who get harmed by her.

What Is Her Relationship With Others?

She had a cold relationship with her father from the very beginning. He used to destroy her freedom and voice, as he was male dominating. He was also not in the favor of her career choice: A Criminal Lawyer. Although, she somehow managed the relationship with her father, and started being close to her childhood friend, Zapper, with whom she gets romantically attached. In her normal form, she could not tell her feelings to him, but she is more confident in her hulk form. At the same time, she started a problematic relationship with Richard Rory, but the latter give her value and freedom. Soon, her relationship with Zapper fell apart with no understanding.

Being an Avenger, she came into many close relationships and dated many. She first met with Starfox, who was assaulting a married woman. She, later on, get engaged with Janet Van Dyne, who helped and encouraged her to achieve everything in her Hulk form. He also gave her value. After that, she gets briefly engaged with younger Wyatt Wingfoot, who also values her, but many problems came in between their relationship. She had also done a small dating with Power Man. Although their relationship was not fruitful, they become good friends after that.

She married John Jameson, and they both lived in her sharing apartment with her colleague, Augustus ” Pug ” Pugliese, who had a secret crush on her. However, their marriage soon became annulled. She also dated Tony Stark, Clay Quartermain, and Wolverine, who rebuffs her. Her longest crush was on Hercules, with whom she had dreamt many things. But, later on, she found not to start a relationship with him, but years afterward, slept with him.