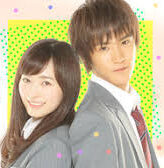 The Good morning call is a Japanese Manga series from 1997-2002 in a monthly magazine named Ribon. Soon adapted to make an original video animation in 2001.

This series of manga was written by Yue Takasuka and published by Shueisha. In the manga, the story was written in 11 volumes. Now, it is adapted to live-action drama which was co-produced by Fuji TV for Japan and later Netflix for the whole world under the name The Good Morning Call. The first season of this series was streamed on Netflix from February 2016 till June 2016, Then the second season was released on Netflix under the name The Good Morning Call: Our campus day in September 2017.

After premiering on Netflix this show got huge success, the demand for season 3 is huge but there is still discussion for next season, but fans don’t lose hope because this show is based on a manga series that got 11 volumes in total.

Although there is no official update regarding season 3, fans are assuming that there will be a season 3 because there is no denial either.

Netflix hasn’t released any official teaser or trailer for season 3 of The Good Morning Call. However, those who haven’t seen it yet can catch up now.

READ MORE: True Story Season 2 Release Date: Get To Know All The Details!

It’s a story about two characters’ love relationships, Nao and Hisashi. In Tokyo, they live as flatmates, at first, they didn’t like each other that much but soon after Nao develops feeling for him.

So basically, the story starts when Nao’s family moves to a rural area of the country to take care of their family farm, then she moves to her dream house in Tokyo. She was happy in that apartment for only some time because now she have to share her flat with a handsome classmate of her named Hisashi. As it’s Tokyo and apartments are heavily full and expensive they both really don’t have any other choice but to tolerate each other, while dealing with this they both fall for each other.

The couple continues their romance, but as they grow old and mature, they face new challenges. They find it increasingly difficult to spend time together. Their relationship finally breaks down and they part ways.

Now Nao tries and reinvents herself, the other members try to redevelop the romance between Nao and Hisashi.

Nao Yoshikawa: A teenage girl who is air-headed and a little easygoing.

Hisashi Uehara: A good-looking, handsome, and smart boy from Tokyo who has a bunch of fangirls. Marina Konno: A supporting character and best friend of Nao who keep updates on every hot boy she knew. Yuichi Mitsuishi: Another best friend of Nao, and an aspiring doctor.

Here is the list of some amazing actors and actresses from Japan who takes their part in this series:-

As a main lead actor Shunya Shiraishi as Hisashi Uehara

The fans are very happy from the past two seasons even they are now demanding for season 3 but unfortunately, there is no official confirmation on the upcoming season. As I have mentioned earlier fans are just loving this series but what do critics say? Well, Nao and Hisashi’s love story is so adaptive and interesting how could not someone love it, with 7.5 on IMDb out of 10 critics are also loving the show.

Is This Show Worth Watching?

Long answer short yes, this show is definitely worth watching. I mean yeah!! If you are a fan of manga or anime, it’s good to go as they didn’t ruin it or if you are a Rom-Com lover what are you waiting for? 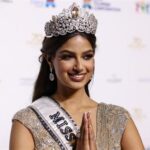 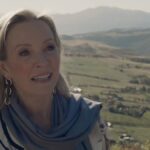