Tim Gunn and Heidi Klum, international fashion pioneers, produced and directed the adored design contest series “Project Runway” for 16 seasons.  Amidst the show’s universal attention, the pair decided it was time to branch out in 2018 and seek a new venture.

Season 1 of the show debuted in 2020 and pursues 12 designers as they compete for a $1 million prize to invest in their businesses and expand their media exposure. This new beginning provided Gunn with a lot more artistic control. The format of the show will be similar to that of the first two seasons.

They had far too much fun with their new job that they decided to return for the 2nd season. With the conclusion of Season two of “Making the Cut,” fans are curious to know if there’ll be a 3rd season. This is everything we know about Season 3.

Just at present, Amazon has not disclosed as to if Tim Gunn and Heidi Klum will return to their new show with a 3rd season. If a 3rd season is introduced, it will most probably be in the spring or early summer of 2022. The two-episode-a-week format will most likely continue for another 4 or 5 weeks. If that’s the case, we should hear from Amazon at least 6 weeks well before the beginning of next season, just like we did for Season 2.

Season 1 of “Making the Cut” debuted on Amazon Prime Video entirely on March 27, 2020. The search giant released 2 episodes, each around an hour-long, for the season premiere. The next 8 episodes broadcasted two at a time over the next 4 weeks. Season 1 aired respectively in March and April of 2020, but Season 2 didn’t begin until 2021. Following the lead of its forerunner, 2nd season issued two episodes per week for 4 weeks. There really is no trailer for the season as of yet. It’s not strange considering that it hasn’t been confirmed. We would not really expect to see a trailer until around a month well before the premiere date.

The greatest part about the series “Making the Cut” would be that it stars Tim Gunn and Heidi Klum. Given that this perfect pair executive-produces the show and co-hosted the first two distinct seasons. They would therefore undoubtedly return if given the opportunity. If Season 3 is approved by Netflix, model Winnie Harlow and Moschino Creative Director Jeremy Scott may return as jury.  The show will also feature numerous guest stars, jurists, such as stylist Shinoa Turini and designer Prabal Gurung from Season 2.

Lastly, the series will highlight an altogether fresh cast of creative minds and innovators. “Making the Cut” chooses identified designers who want to consider taking their business to new heights by receiving expert guidance and national coverage. The fortunate contestants are chosen from all over the globe. Each one has a unique view and range of skills.

If “Making the Cut” comes back for a third season, Amazon will unquestionably select another team of immensely talented designers to fight for the $1 million prizes. Keep an eye out.

There’s really no wonder that you’d like to see yet another round of designers demonstrate that they’re ready for a major investment. The 2nd season has recently concluded, and all eyes are on the third installment. Season 3 of Making the Cut has yet to be announced. This isn’t to say it doesn’t happen, but Amazon is presumably waiting to see how the second season performs. For the time being, this is all we know about Season 3 of Making the Cut.

ALSO READ: IS STATE OF THE UNION SEASON 2 RELEASE DATE ON THE WAY? 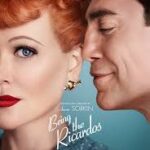 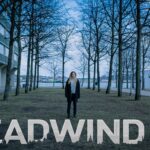