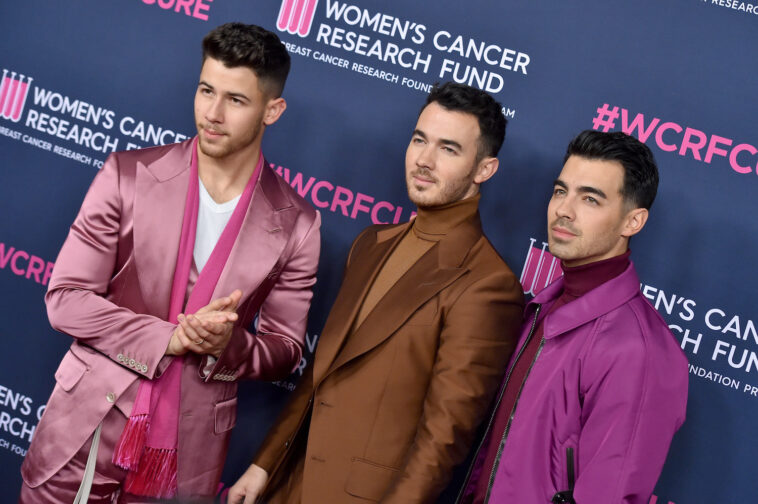 Have you ever heard the song Like it’s Christmas or Suckers or Leaves me before you love me?  Well, if you did then you probably know The Jonas Brothers. Kevin Jonas, Joe Jonas, and Nick Jonas formed a boy band back in 2005, and yeah they are Brothers! Soon after appearing on Disney Channel, they gained immense popularity.

These three Brothers were raised in Wyckoff, New Jersey, and then moved to Little Falls, New Jersey in 2005, where they wrote their first song and release under the label of Hollywood records.

In Mid 2008, Jonas Brothers starred in a Disney original picture named Camp Rock. Camp rock is a musical drama film which was directed by Matthew Diamond. Camp rock also starred Demi Lovato who is also a famous singer along with Meaghan Martin, Maria Canals-Barrera, and many more, soon they made a sequel Camp Rock 2: The Final Jam in 2010 which was directed by Paul Hoen, now all three brothers are part of this film Kevin, Joe, and Nick. During this, they filmed a Disney Original named Jonas in September 2008 and released it in 2009 which was renamed as Jonas L.A, before the release of the second season and got canceled after 2 successful seasons.

ALSO READ: KNOW ABOUT DIVINE NET WORTH AND WORK FIELD!

Albums Of The Jonas Brothers

These Brothers have released a total of 5 Hit albums. First “It’s about time” was released on August 8, 2006, under the label of Columbia Records. A near 40 mins long album got a peak position of 91 on US Billboard 200.

Their second album “Jonas Brothers” was released on August 7, 2007, under Hollywood records and produced by John Fields. A 42 minutes long album got 5th peak position on Billboard 200. The third album “ A Little Bit longer” was released on August 12, 2008, and it was their second album under Hollywood records. 39 minutes pop-rock album got 1st peak position on US Billboard 200 Chart.

Lines, Vines, and Trying times is their 4th studio album released on June 16th, 2009, in the US. This album got mixed reviews from fans and critics. They sold 247,000 copies on its first week, debuting Number 1 on Billboard 200. This was the last album before a hiatus.

Why Did Jonas Brothers Split Up?

The year was 2011 when this brother decides to take a hiatus to focus on their solo careers. During which Joe released his first single debut album called fastLife, while Nick Jonas continues the 2011 tour with his band named Nick Jonas & the Administration, on the other hand, Kevin Jonas stops producing music as he started studying for music production to get better. They also parted their ways from Hollywood Records, who had been their Label since 2007. After two years, on August 17, 2012, they announced a world tour concert. Their 5th album was going to be released in 2013, this was going to be their first album which had not been released through Hollywood records.

On October 9, 2013, they canceled 23 of their tour dates. On 29th October 2013, this is when The Jonas Brothers officially confirmed that they split. Nick Jonas told in an interview that the album is not releasing but the fans who have been really supportive to them for so many years, they will release a live album. The real reason for the split was the creative issues between them, after the 2010 to 2011 break Nick got solo commercial success.

The Patch Up Of The Brothers

After a long split, The Jonas Brother came back with a new album announcement named “Happiness Begins” on 2019 February 28th. They announced their comeback on social media. They then release a new single called suckers on march 1st under Republic Records. This song give Jonas Brothers a Grammy Nomination and won MTV Music Awards under the category of Best Pop Video.

Their return album “Happiness begins” was released on June 7th, 2019 by Republic Records. This album Debuted number 1 on Billboard 100 chart. A pop-rock album with 43 minutes of run time sold 357,000 units and became the 3rd number 1 album of Jonas Brothers in The United States. Fans got really blessed as they reunited after so long when no one was expecting, as One Direction is still on hiatus from 2016, and directioners are still waiting.

ALSO READ: IS ONE DIRECTION STILL TOGETHER? WHAT HAPPENED & WHERE ARE THEY NOW? 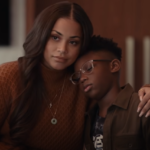 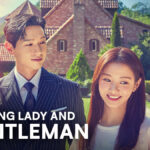