Young Justice is a superhero animated television series that has American roots. The series was originally developed for Cartoon Network and it did air for two seasons on Cartoon Network but it got aired on DC Universe for its third season while for the fourth season it got aired on HBO Max. The first season of the series was premiered on 10 November 2010. The four seasons of the series cover about 83 episodes under it each with a duration of 25 minutes. The series was based on young justice illustration bye by Todd Dezago, Lary Stucker, and Todd Nauck. The series is developed by Brendon Vietti and Greg Weisman. The series follows the amazing adventures of some and superheroes whose team resembles much with the Teen Titans. These teen superheroes are supervised by DC universe adult heroes who guide them through their way but these heroes are kept out of the official domain of DC superheroes.

The fourth season of young justice was premiered on HBO max on October 16, 2021. The eleventh episode of the series young justice was released on December 16, 2021. Today we are going to talk about the release date of episode 12 of the series young justice, What will happen in this episode? What happened in the previous episode and who are the characters that will appear in the 12th episode of the series, all of these questions will be answered in this blog. So read till the end to get all of the answers to these questions.

There is a definite pattern in the release of the episodes of young justice season 4. Each episode of the series releases on Thursday of every week. Since the last episode that is the 11th episode was released on 16 December 2021 so the next episode which is the twelfth episode will gonna be released next Thursday which will occur on 23 December 2021. A total of 26 episodes are scheduled for the fourth season of youngest is out of which only 11 episodes are released. If you want to enjoy the previous seasons of the series it is available on Amazon Prime, Xfinity, Google Play, Vudu, and Microsoft store.

The 11th episode of season 4 of young justice revealed the fierce fight between Child and Klarion which will cause havoc and much destruction on the earth. On the other side, a parallel story is going on in which Vandal Savage who framed the battle of Child and Klarion tries to leave the earth before it gets doomed by the battle of Child and Klarion. After the evacuation of the prime villain of the series, it is expected that the prominence of Ra’s Al Ghul will increase and he will become the main villain with great powers in the upcoming episodes. But these are just assumptions for now and we must wait and watch to prove our theory right.

Episode 12 of season 4 of young justice is titled “Og Htrof Dna Reuqnoc!” By the makers. As mentioned above that the consequences of the 11th episode will be seen in the 12th episode of the fourth season of young justice. As it is known that the battle of child and Klarion caused much havoc on the earth due to which Zatanna had to interfere in this matter and she manages to stop the consumption of earth by the havoc caused by the battle. She just nullifies the sentinels of magic. But this data is based on the description of the show but there must be some surprises that the makers have kept secret for now.

So here were some updates from the side of Liveakhbar regarding the release date and other info about episode 12 of young justice season 4. If you want such info about the other entertainment shows also then do visit our site and subscribe our page if you like it.

ALSO READ: When We Can Expect From Devils Line Season 2 Release Date? 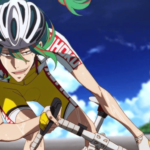 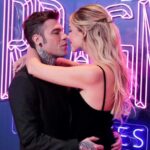