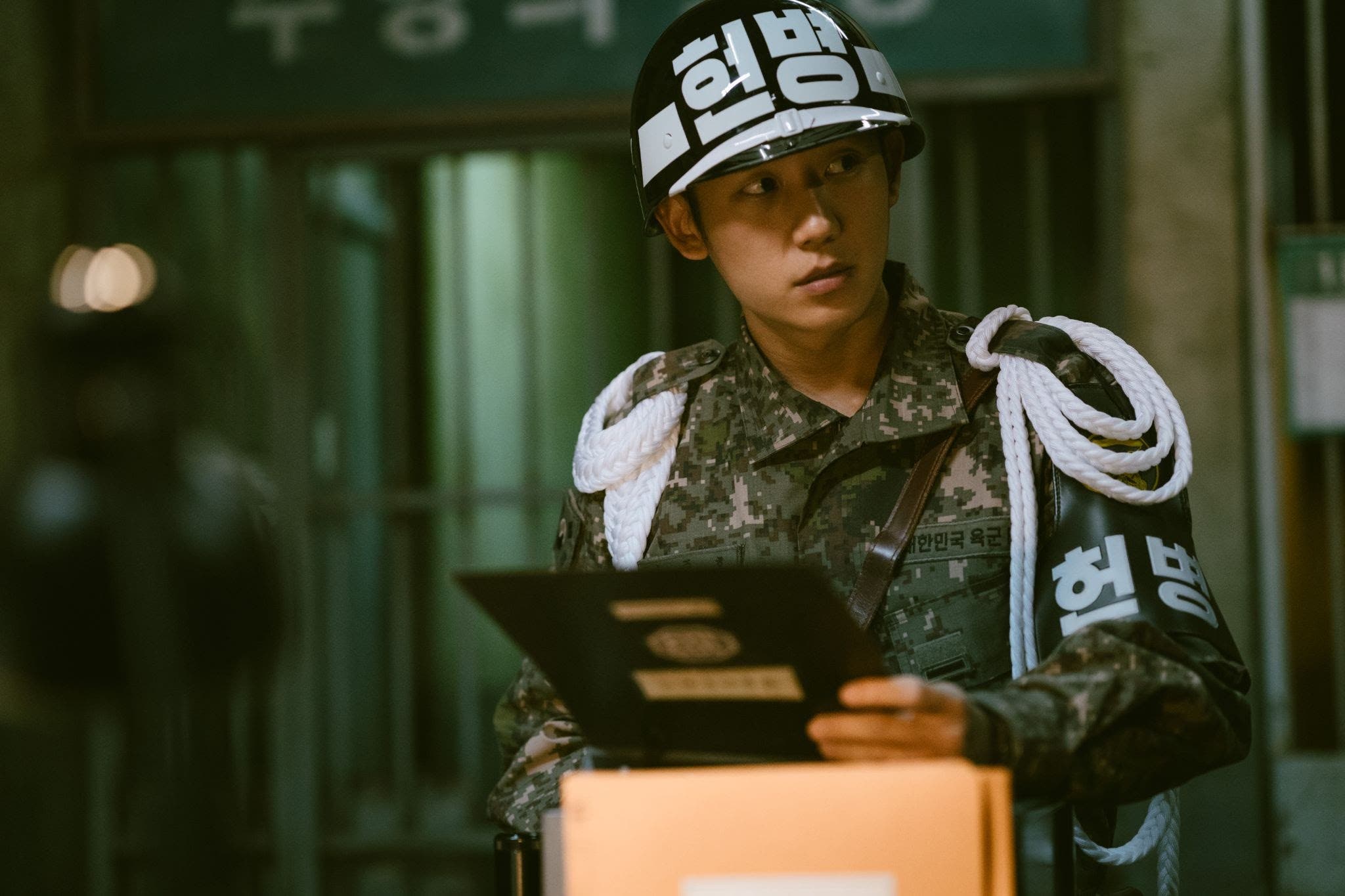 DP is also known as Deserter Pursuit is a South K series with its screenplay written by Kim Bo- Ting and under the direction of Han Jun Hee. It is a Lezhin DP Dog’s day which is a kind of webtoon belonging to South Korean culture. The star as if this series includes Kim Sung Kyun, Koo Kyohwan, Jung Hae-in, and Son Seok Koo. The first season of the series has 6 episodes each with a duration of about 58 minutes. The content king Netflix platform got this series released on its platform on August 27, 2021. Considering the popularity of the first season and its success among the audience, it got renewed for the second season on December 14, 2021. The series explains the futile competitive nature of the Korean military which is covered with the splashes of bullying and shaming of the weak on the different body types and so on.

The story of the first season of DP is set in the year 2014 where a team is on their mission of catching a deserter group who has betrayed army laws. The series dives deep into the non-necessary competitive nature of the Korean military in which soldiers are bullied and ragged by their senior officials. Among all of them, those who are weak are treated like garbage by their commanders which puts them in the well of depression. The series is a well-defined depiction as well as it acquires a sarcastic tone on the Korean military.
Officers Private Corporal Han Ho-Yul and Ahn Joon-ho are assigned the task of forming a team that can annihilate those groups of deserters who have betrayed the military rules.

The ending of the first season of DP was on engrossing high suspense like an erupting volcano. From the start, the show talked all about – emotional oppression, power exploitation, command ragging, and much more.
The finale episode of the first season saw Joon Ho walk away from unfollowing his unit commander’s commands. Joon finds it different to escape as there is no way out to the country because all of the openings were blocked by the military.
D.P. season 2 might give audiences the answer to some of the unanswered questions of season 1.

Then there’s the story of Ho Hyeol, who didn’t follow the command of his immediate senior, Sergeant First Class Park Bum Gu (Kim Sung Kyun), multiple times in front of all the subordinates. The experienced D.P. member Ho Hyeol did get a second chance after coming from the hospital, but political power abuse may raise the level of conflict in the upcoming episodes of season 2 of DP.
If the military finds out about the hideout of Ho, he might get punished in the court-martial conducted by the Korean military court.
The bro code of Hoon and Ho will surely attract audience attention in the second season of DP.

So here were some updates from the side of Liveakhbar regarding the release date and other info about DP season 2. If you want such info about the other entertainment shows also then do visit our site and subscribe our page if you like it.