Professionally known as Frankie Valli, Francesco Stephen Castelluccio is a singer having American roots. Among his fans, he is known as the Lead vocalist of the four seasons which began in the year 1960. The most prominent characteristic of his singing is his robust falsetto filled with power. With about 29 hit songs of the 40 top songs that got famous during the Four Seasons aka The Wonder Who? and featured in nine songs as a solo artist. Some of the best works of Frankie Valli Walk Like a Man, Big Girls don’t cry, December 1963, Rag Doll, and Sherry. “My eyes adored you” and “Can’t take my eyes off you” were some of his songs that went extremely popular among his audience.

He was one of the four members of the band for four seasons alongside Nick Massi, Tommy DeVito, and Bob Gaudio. In 1990 and 1999 respectively the members of this group were inducted into the Rock and Roll hall of fame and Vocal Group hall of fame. Today in this blog we are going to know about his early life, his professional life, his personal life, and will discuss his health. So stay connected and read the article till the end!!

Valli was born in the First Ward of Newark, New Jersey to father Anthony Castelluccio and mother Mary Rinaldi both of whom belonged to Italian origin on 3 May 1934. His father was a barber along with the display designer while his mother was a homemaker who had extra employment as an employee in a beer company. He was inspired by the singing of Frank Sinatra in Manhattan, New York City. His stage name what inspired by “Texas” Jean Valli whose impact on the music of Frankie was huge. Frankie did struggle for a long time and got employment as a barber when he didn’t get much opportunity in his field as a vocalist.

Valli debuted in his music field in the early 1950s with his legendary co-singers of Variety Trio including Tommy DeVito, Nickie DeVito, and Nick Macioci. This group broke down after a certain time due to some unknown issues. Hit song my mother’s eyes that was released in 1953 was completely a hit that became very popular among his listeners. After that in 1956, the famous four seasons group was formed whose songs completely ruled the music world for four decades and are ruling even today. Whenever his songs hit a note at parties the generation belonging to his period starts grooving on his music even in these times of digitalized music.

Frank has been married three times in his whole life. The name of the first wife he married was Mary whom he divorced in 1971 after 13 years. Thereafter he married MaryAnn Hanagan, whom he divorced in 1982. She was married to him in 1974. The third and the last marriage he did was with Randa Clohessy and they got separated in 2004. Two of his daughters died due to a drug overdose and an accident. Even the third divorce was not so peaceful for him and his third wife sued in Supreme Court for some personal reasons. Though Frank was not found guilty and was declared innocent.

Frank Valli is 87 and still hale and hearty. He is living his life in full joy. He is still alive and is finding the gist of life in those music chords and harmonies to date. Music just changed the perception of Frank and it gave him new eyes to see the world. Not only as a singer but Frank was also famous among the people for his urbane behavior. His polite and fair tone for different issues was acclaimed by many people.

So here was some general information about Frank Valli. Hope it gave you some new updates about him. Thanks for reading the article till the end. See you in my next blog!

ALSO READ: Who Is The Better Half Of The Big Bang Star Kunal Nayyar? 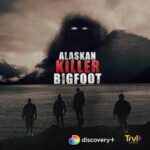 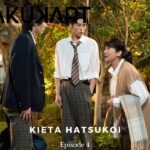