Bonus Family or Bonusfamiljen in Spanish is a Swedish drama series. It is created by Felix Herngren, Moa Herngren, Clara Herngren, and Calle Marthin. The series follows the troubles, adventures, and dramas between two couples, who recently got divorced. The series shows us the relationships among their exes, the children, and the adjustments of the children to their new family. If you want to binge on with some drama series, then this series can be fruitful for you. The series has a total of four seasons with ten episodes each.

After the four exciting seasons of the series, fans are now waiting for season 5. Let us now give you some information about season 5 here. Till now, season four is ongoing with the eighth episode, which will release on December 13, 2021. This season too has ten episodes, which means, two more seasons are left in ten. Two more seasons will complete by the next year. From this information, we can expect season 5 to be released by the end of 2022 if the makers will bring the next season. So till then, binge on season four.

Lisa is planning to arrange a joint birthday party for her son Eddie and new son William, in which she is planning to call Katja and Martin too. However, the happy moments get stuck between jealousy and bitterness. Martin, on the other hand, wants to buy a new apartment for the children so that they won’t have to stay in their grandmother’s home, but he was refused the bank loan. Lisa and Patrick also decided to arrange a family meeting on the weekends so that everyone can bring his / her opinion.

Both the parents got stuck in their children’s problems and their obnoxious behavior. Martin brought a snake for Eddie but Patrick has a phobia of them. Martin, on the other hand, is dealing with back problems and is told that it is serious which brings the problem to Lisa and Patrick and they have to take children’s on the weekend. Lisa and Patrick got an invitation to a Halloween party but were not excited because Martin and Katja were also coming. Katja asked Henrik to babysit William for the night.

As the two couples get divorced and are now in a criss cross match, but they again got fallen for somebody else. Martin tried sex with Tessan, but got interrupted by a security guard. Katja, on the other hand, kissed Henricks for the first time. Bianca also had a boyfriend and Lisa wants Patrick’s involvement in it. Martin then call Tessan to have sex at his place but again got interrupted by his mother. Micael, Katja’s boss is not convinced and happy with her relationship with Henrick.

As Christmas was nearby, Lisa wants the whole family to celebrate but Katja was not in her favor. As the story goes on, we found that Eddie is diagnosed with ADHD, and Patrick is taking care of him. Lisa and Patrick are also planning to marry in secret but their plan got burst out. In the next part of the series, we find more dramas and troubles with the bonus family.

If we talk about the awards of the series, then, we will tell you that the series has won a Kristallen award in 2017 under the category of ” Best TV drama “. Let’s hope for more awards in the future. 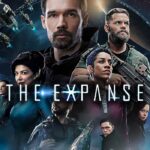 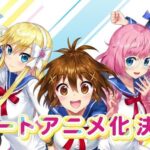