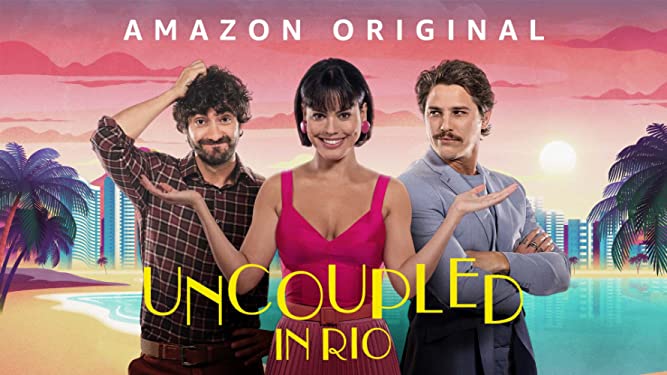 The series aired on 1st October 2021. All the fans of the series are curious about the premiere date of season 2 or will there even be a season 2? The story revolves around a couple who files for a divorce but are compelled to remain in the same apartment due to financial constraints. It covers various emotions and sentiments. From falling in love to falling out of it, finding another person, and putting up with a person that you used to love… it’s a roller coaster ride but everyone is ready for it.

The series consists of 7 episodes in total. The first episode aired on 1st October, it is about 20 minutes long. It is titled Uncoupled. Caco and Camila fall in love after being forced to deal in a cabin on a cruise. When their marriage reaches the seven-year mark, they decide to call it quits only to have to continue living in the very same apartment due to financial reasons.

Episode 2 is around 26 minutes long and is titled Unfamiliarities Camila makes a decision to lease out her room on the internet to help save the apartment from foreclosure. Caco becomes uneasy with the number of visitors trying to come in and out and seeks assistance from his closest buddy, Marcinho. Camila, on the other hand, is attempting to re-establish contact with her former friend. Their best friend will now show them the bachelor’s life once more.

Episode 3 is around 33 minutes long and is tiled as Uncontrollable. Caco realizes he can’t just sit around waiting for his payment of compensation. To earn money, he begins a BBQ delivery business on his balcony with his best friend, Marcinho. However, this complicates Camila’s situation.

Episode 4 is around 31 minutes long and is titled Unpredictable. Caco decides to seek assistance from his parents, while Camila becomes an influencer to boost her sales. In the climax, she meets Roberto Carlos.

Episode 5 is titled Unreal and is around 27-minute-long.  Camila got her new date with Roberto Carlos, but she is hesitant to commit to such a good-looking man. Meanwhile, Caco pursues his early-life ambition.

Episode 6 is titled Unacceptable and is 29 minutes long. Caco and Roberto Carlos get into an argument over an old shirt. Paty and Marcinho try to persuade Camila that Caco keeps missing her.

Episode 7 is titled Undoing and is 23 minutes long. Things progress between Camila and Roberto, as they move in together Caco prepares himself for the big move that Camila made. Caco tries to cope up with the fact that Camila found a new love interest.

The series is set in Rio de Janeiro, but it was shot in Montevideo, Uruguay, due to the COVID-2019 outbreak in Brazil. This drama shows a different and comedic perspective of a serious topic like divorce. It is light-hearted and a good show to binge-watch. It Is available on Amazon prime video.

Grab a drink and get ready to binge-watch it with your friends! For those who are eagerly waiting or are a little curious to know about season 2. It’s sad to inform you that there is no official notice or announcement regarding the release of season 2. The series received a mixed response from the audience so there might be a slight possibility that it won’t be renewed for another season.

ALSO READ: ANIME CHARACTERS LIKE ZERO TWO YOU WILL LOVE!