Directed by Milan Luthria under the production of Nadiadwala Grandson Entertainment, Tadap is a remake of the Telugu film RX100 which belonged to the romantic action drama genre. RX 100 was released in 2018 bile Tadap was released on 3 December 2021. The distribution rights of Tadap movies are under the authority of Fox Star studios who is also working as intro producer of the film.

The star cast of the film includes the son of famous Bollywood actor Sunil Shetty, Ahan Shetty, and the beautiful model who appeared in the Student Of The year 2 Tara Sutaria. The box office collection of this movie was about 30 crores. After the opening of cinema hall after the covid-19 pandemic,, the box office collection of this film was quite impressive and attracted the people due to its grasping story. The total length of this movie is 130 minutes.

The trailer of this film was released on 27th October 2021 after that its song groomed by Arijit Singh title Tum Se Bhi Jyada got to number one place on the trending list. After a long wait of 1 month,, it was released on 3 December 2021. The audience took the film with both hands and went to the cinema hall to enjoy the feel of the film. The catchy storyline and excellent performances of the star cast especially Ahan Shetty who has debuted with this film were quite impressive. It achieved a 6.3 rating on IMDb and 20% on Rotten tomatoes. The critics as well as the audience give positive reviews to the film and stated that it was worth watching a film that can attract people to the cinema hall again.

Is Tadap Worth Watching?

The story of the movie Tadap is about Ishana portrayed by Ahan Shetty while the female lead is Ramisa portrayed by Tara sutaria. The story moves forward by introducing Ishana’s father who is the right hand of a politician named Damodar. Ishana canvases for Damodar on the order of his father and when Damodar wins the elections then Ishana get spotted by Damodar’s daughter Ramisa during the celebration. Ramisa falls for Ishana and Ishana also got intimate with her after a certain time. But events take a turn in such a way that Ramisa’s father marries her to the boy of his choice and sent her to London. Ishana could not move on from this and when Ramisa came back from London he goes on the way to kidnap her. Ultimately Ishana finds out that Ramisa was just using him for fulfilling his sexual desires and not for love. Ishana got filled with rage after hearing this news and tries to strangulate Ramisa but dies in the end.

Is Tadap A True Story?

The story of the movie Tadap is not true as anyone would not go this much crazy in love for a girl and will be called lunatic by the people as well as the society. So there’s no chance of Tadap being a true story because it was the work of imagination of Ajay Bhupathi Syed who wrote the story of RX100, the original film of which Tadap is the remake. Though the concept used in Tadap is quite prevalent these days in society because nowadays the cases of fraud love which is used just to satisfy personal desires are increasing and this film portrays these societal sceneries.

So here we have discussed the authenticity of the story of the Tadap movie and it is concluded that the story of the film was not based on a true story. Hope that the blog was helpful to you, you will visit our page on regular basis and support our page by buying our subscription! 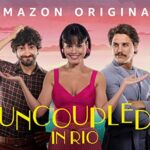 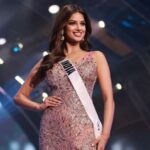