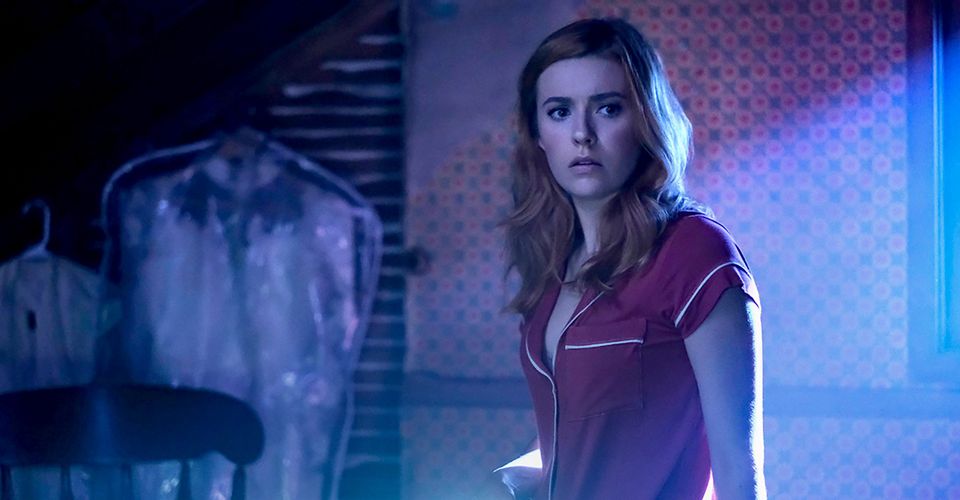 The series which are adaptations of the novel are always liked by the audience Bridgerton, Outlander, Alias Grace, Mindhunter, and many more. Such a series based on the novel is Nancy Drew. The show was released on October 9, 2019, and it’s still steaming on the CBS network and also on the NBC network. The show is created by Noga Landau, Stephanie Savage, and Josh Schwartz. The show stars actors like Leah Lewis, Tunji Kasim, Alvina August, Riley Smith, Scott Wolf, and Maddison Jaizani. The number of seasons of Nancy Drew was three and the number of episodes that come under is 44.

The series was a mystery thriller which was wrapped around the lead character Nancy Drew a 19-year-old girl who get stuck in a series of events such that she got convicted of the murder of a socialist. As the story moves forward the characters around her also join her on the path to prove herself innocent. Some underlying dark secrets are hidden by the characters which are revealed at the end of the show. There are some shows like Nancy Drew which are filled with mystery murder and thrill out of which some are discussed below:

The concept of the Rosewell tv series was quite different from the regular shows. The show was about the girl Jeanine playing the role of Liz who returns to her hometown after a long time and again gets bonded with her childhood love max. But after some time she finds out that Max is not a normal human being and he’s an alien and not only Max but his whole family is an alien. Now Liz tries her best to conceal the true identity of Max and his whole family. The three seasons of this show have 39 episodes. Produced by Amblin television the show stars Jeanine Mason, Michael Vlamis, Tyler Blackburn among others. It got released on January 15, 2019.

Created by Julie Plec, legacies is a spin-off show that was premiered on October 25, 2018, on the CW network. The star cast of the show includes Danielle Rose Russell, Kaylee Bryant, Alex Smith, Matt Davis, and Leo Howard. The Legacy series has about four seasons making up about 55 episodes in total. The show was produced by alloy entertainment, CBS television studios, and Warner Bros. television. The show is about supernatural characters vampires one of which is Hope mikaelson. Hope is a vampire by gene and as she enrolls in a high school she discovers her supernatural powers and balances her school life with them. How Hope copes with all of these situations is worth watching for.

Bert V. Royal has created a drama thriller television named cruel summer. The series premiere on April 20 2021 on the free form network. The story of the series goes on a thrilling journey it explores the lives of two teenage girls one of which disappears and the other one pretends to be the other one. The show stars Froy Guiterrez, Harley Quinn Smith, Blake Lee, Michael Landes, and Olivia Holt. The show has 10 episodes making up the first season of the show. The story of the series is much cruel towards Jeanette who takes the place of Kate with the good intention of making the people happy with her childish mischiefs.

American fantasy drama television series that aired on ABC network on October 23, 2011. The show is created by Adam Horowitz and Edward Kitsis. The show starred Ginnifer Goodwin, Lana Parrilla, Meghan Ory, Jared S. Gilmore, Eion Bailey, Rebecca Mader, Andrew J. West, and Sean Maguire. The show has seven seasons with a massive number of 155 episodes. Each episode of the show had a length of 43 minutes. The story of the show is derived from the writings of Western writers which give hope and optimism to the story. The first episode of the show was premiered on 23 October 2011.

5. I Know What You Did Last Summer

An Amazon Prime special, based on Louis Duncan’s novel with the same name written in the year 1973. The show belongs to the horror, thriller, and teen drama genre. The show stars Madison Iseman, Brianne Tju, Bill Heck, Ashley Moore, Fiona Rene, Ezekiel Goodman, and many more. The show has one season with about 8 episodes. The story of the show goes through a group of people who are being followed by a savage killer just after a year all of them hit down a person in a car accident. Now all of them think that the person stalking them was looking forward to taking revenge on them. Each episode of the show has a duration of 44 to 50 minutes. The show was premiered on Amazon Prime on October 15 2021 and it was under the production of Sony entertainment and Amazon Studios.

The American crime thriller drama known by the name Pretty Little liars the perfectionists was created by Marlene king. As mentioned above this city is also an adaptation of the novel The Perfectionists authored by Sara shepherd. The show was premiered on March 20 2019 on freeform and was a sequel to the show pretty Little liars. The show stars actors like Janel Parrish, Sofia Carson, Sydney Park, Hayley Erin, Eli brown, and Sasha Pieterse. The show was aired for one season with about 10 episodes. Sofia Carson playing the role of Ava Jalali, Sydney Park playing the role of Caitlin Park lewis, and Eli brown playing the role of Dylan Walker come together to form at Rio and solve the mystery and The killer who is killing the innocent students of their college. Each episode of the show has a duration of 41 to 45 minutes.

An adaptation of the novel written by Megan Abbott Dare me is an American teen drama TV series that was created by Megan Abbott and Gina Fattore. With about 10 episodes the show was aired for just one season and was canceled after it by the makers. The first episode of the show was aired on December 29 2019 on the USA network. The star cast of the show includes Willa Fitzgerald, Herizen Guardiola, Rob Heaps, Marlo Kelly, and Paul Fitzgerald. The show follows a team of cheerleaders in a small town of West and they are much competitive about their field. What problems do they face during the journey of their passion? The time limit of one episode of the show is about 42 to 52 minutes.

Directed by Dan Berlinka and Nina Metivier, the list is a teen thriller television series belonging to British origin. The first season of the A list was premiered Don 25 October 2018 on BBC iPlayer and the second season was released on the streaming platform Netflix on 25 June 2021. The series stars Lisa Ambalavanar, Ellie Duckles, Savannah Baker, Cian Barry, Jacob Dudman, Micheal Ward, Georgina Sadler, and many more. The series has two seasons combining about 21 episodes. The A-list plot is all about Mia which is played by Lisa Ambalavanar who comes to the island where she finds out that the island is not any normal Island and is filled with evil secrets that bother Mia through her journey.

Directed by Christopher Keyser, The Society is mystery teen drama TV series that depicts the disappearance of the people of the town. When the teenagers belonging to that town return to their hometown they come to know that all of the worlds except them is disappeared. This soon realizes that the whole world is diminished and they have lived on their own without any internet and gather all of the resources on their own. The show was premiered on Netflix on May 10 2019 with about 10 episodes in the first season. Which episode in the first season had a duration of 48 to 265 minutes. The show stars Kathryn Newton, Sean Berdy, Gideon Adlon, Natasha Liu bordizzo, and Jacques Colimon as lead actors and actresses.

Ok, a mass talk about the American TV series now we will talk about British TV series. One of them is getting even which is teen thriller series that was premiered on 14 February 2020 on BBC iPlayer. Created by Holly Phillips, the show stars Kim Adis, Bethany Antonia, Jessica Alexander, Joe Flynn, Emily Carey, Kit Clarke, Jake Dunn, Joe Ashman, and many others among the actors and actresses.

There has been the only first season of the show since its premiere with about 10 episodes each with the duration of 24 to 28 minutes. The show is about four girls Kitty Bree Margot and Olivia who are looking forward to putting the truth of the police in front of everyone. While they are trying to accomplish this task they find out that one of their targets was murdered by someone else and the name behind this murder was theirs. Being aghast by this incident the girls come to know that someone is framing them for this murder. Now how they all find out the murderer, that’s what the story is all about.

So here were some shows that belong to the category of genres to which Nancy Drew belonged. Hope you all enjoyed this article till the end and will not forget to subscribe to the liveakhbar page for further updates on new blogs and articles. Want to read more?? Click on the links below to read some of the best articles on our page!

MUST-READ: MOVIES LIKE RED NOTICE THAT ARE MUST WATCH FOR YOU ALL!