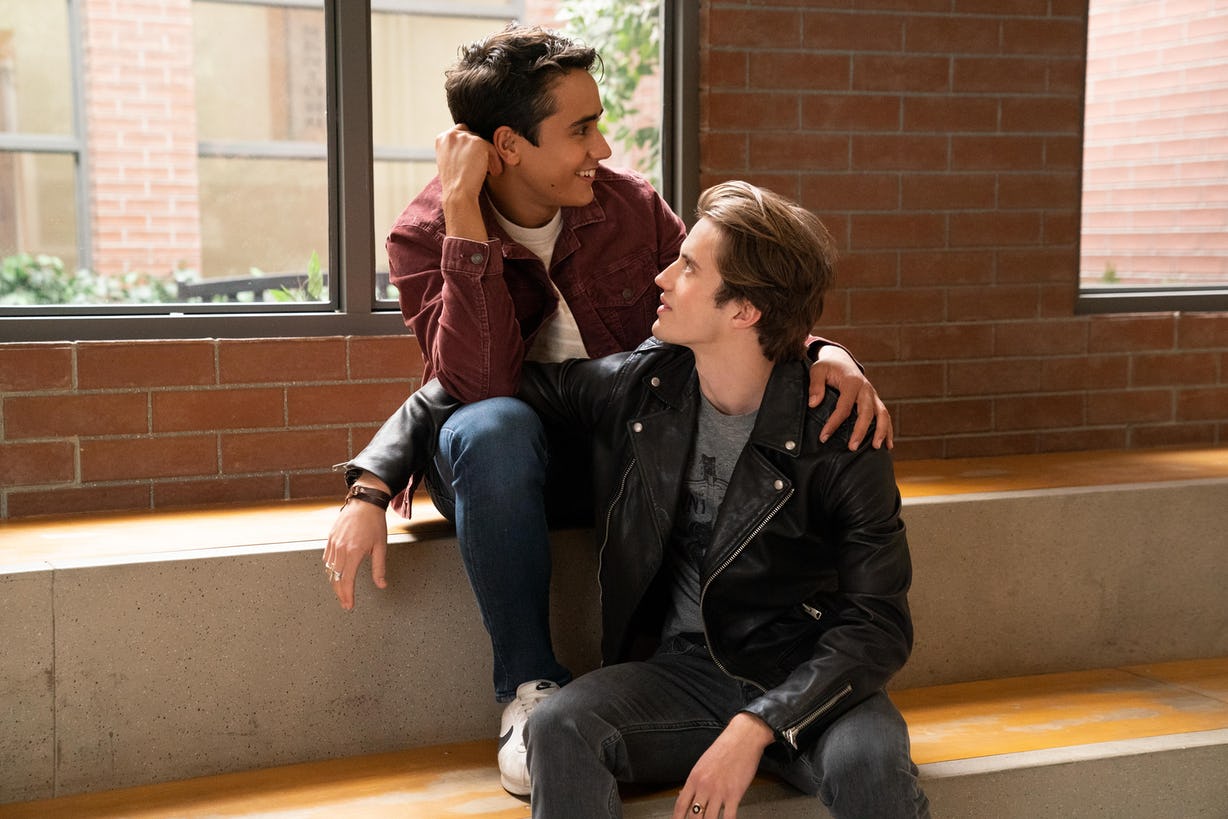 On IMDb, the series has a rating of 8.1/10. On the other hand, 95% of people loved Rotten tomatoes. The pilot episode of the series premiered on June 17, 2020, on Hulu. It stars Michael Cimino and Rachel Hilson. The narration is done by Nick Robinson who also played Simon in Love, Simon.

After a really good audience response for both of its previous seasons, Love, Victor has been officially renewed for season 3. The directors and producers have confirmed the same in July 2021. The lead actor, Michael Cimino also took to Instagram to confirm the renewal of Love, Victor Season 3.  He posted a clip of the show and captioned it by saying that finally, we would know who stands on the other side of the door.

The release date has yet not been finalized. However, the audience predicted that season 3 would be released in mid-June next year. It is so because the previous seasons have also been released in the same month. June is also celebrated as pride month and that’s relevant to the show.

Love, Victor Season 3 is likely to show Victor trying to deal with his life challenges. It is expected that season 3 will deal with the cliffhangers that the directors had in store for us. In the finale of season 2, Victor had to make a choice between his two boyfriends.

As a matter of fact, he did go to chase one of them. But the audience wasn’t told whose house he went to. All in all, the audience is really in anticipation as to who will Victor choose – his boyfriend, Benji, or his other love interest, Rahim? The actor, Michael Cimino, tweeted about this saying that the audience will finally find out about it in season 3.

Meanwhile, show-runner Elizabeth Berger also said to Entertainment Weekly that the journey of the characters will be more interesting in the new season. Season 3 is most likely to give a final touch to a possible love triangle.

The series revolves around Victor, a closeted gay who still has a lot to discover about his sexual orientation. In the first season of Love, Victor shows the challenges faced by the protagonist when he joins Creekwood High School. When it becomes a little too much to bear, he seeks help from Simon for exploring the new place.

In season 2, the teen comedy-drama returns with new struggles in store for Victor. Now that he is out of the closet about his real sexual orientation, he faces difficulties with his family and friends. However, his relationship with his boyfriend, Benji, brings a lot of new excitement to the show. In the finale of season 2, the audience is left with an interesting cliffhanger which is expected to be addressed in the renewed season 3.

The series revolves around the life events of Victor Salazar played by Michael Cimino. Mia Brooks, who is a close friend of Victor, is played by Rachel Hilson. Other cast members include Anthony Turpel as Felix Westen, Bebe Wood as Lake Meriwether, Mason Gooding as Andrew, George Sear as Benji Campbell. Other side characters are Isabella Ferreira as Pilar Salazar and Mateo Fernandez as Adrian Salazar. Some recurring cast members are Mekhi Phifer, Sophia Bush, AJ Carr, and Charlie Hall.