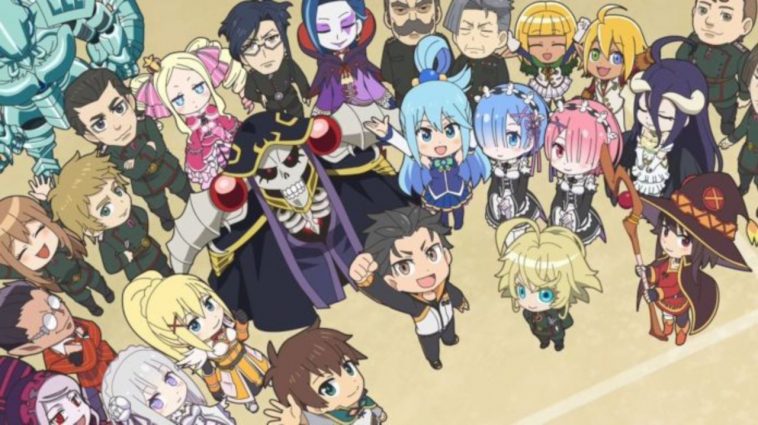 Isekai Quartet is a unique kinda show which is a merger of overlord konosuba saga of Tanya the Evil and re-zero starting life in another world depicting the life of the high school students and their love life. The irony is that all of these mergers light novels of Kadokawa Corporation. Another highlight of the series is the chibi style representation of the characters. This anime show was directed by Minoru Ashina. The first episode of the series was premiered on April 9 2019 on Tokyo MX MBS and BS 11. The two seasons of the series have 24 episodes under them. The English rights of the series are under the authority of Aniplus Asia. The show is all about the protagonist from the light novels which are brought into a parallel world by a magical button. How things take a turn when they all together get enrolled in High school and how all of them deal with all of it is worth watching and quite enjoyable to the audience.

MUST-READ: Why Does Asta Have No Magic? Know Everything Here!

There is no definite plotline of the series isekai quartet because the whole point around which the story revolves is the high school life being lived by the protagonists of different light novels. As seen in the second season of the Isekai Quartet, all of the characters of the show preparing for trading valentines in High school and mischievously steal the whisky from the principal office. So these were little mischiefs, the show was all about. When all of this is considered then it may be concluded that the third season of the series may also be filled with such kind of mischiefs and entertain the audience with its charm.

The first season of the Isekai Quartet started with a magic button pressing on which became disastrous for the protagonist from a different world. Now they get transferred to a parallel world where they are in chibi form in a high school. Now the story e doesn’t try to manipulate a plot but focuses on the series of events so that the humor, as well as the twists and turns, are spontaneous. While the first season was based on the adjustment and settling of the characters from different words to the new world and its people the second season was primarily about the love angle in the High school and it was being explored by the makers through the preparation of the valentine day.

The quadrant means 4 so one thing is confirmed that are four protagonists from different worlds of the overlord, Re zero, the saga of Tanya the Evil, and Konosuba will definitely gonna appear in the third season of the isekai quartet. The characters which may appear in the third installment of the series are as follows:

These are the tentative characters that may appear in the third season of the Isekai Quartet. Hope you enjoyed the article till the end. Don’t forget to subscribe to our Liveakhbar page and do read the articles whose links are given below to enjoy more stuff like this.

ALSO READ: Why Did Naruto Cut His Hair? Know About Every Fan Theory! 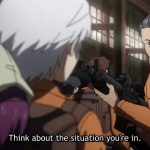 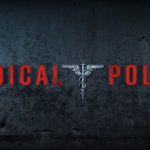