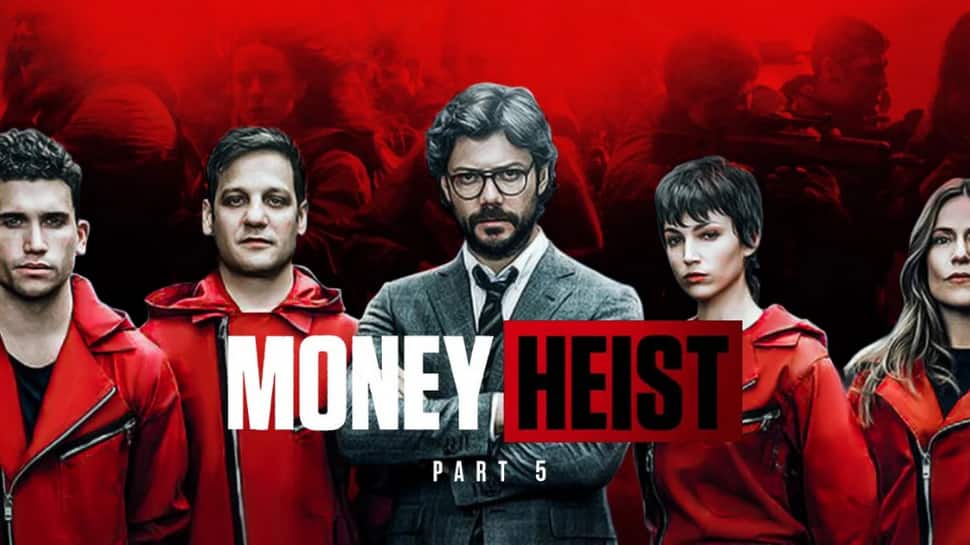 Money Heist ( Spanish: La casa de papel ) is a Spanish television series. The genre of the series is heist, crime, and drama. It is created by Álex Pina. The story of the series surrounds around a man who is called the professor and recruits 8 people in his group for a big heist. Two heists take place in the Royal Mint of Spain and Bank of Spain. The production locations of the series are Spain, Italy, Thailand, Panama, Denmark, and Portugal. The series has a total of 5 seasons with 41 episodes. The series is released under the production companies of Atresmedia and Vancouver Media.

It got 8.2 ratings out of 10 on IMDb, 92% on Rotten Tomatoes, and 4 out of 5 on NDTV. Com. The series is released in Spain in the original language of Spanish. The series was broadcast on Netflix and Antena 3 Television Channel. The running time of each episode is 67 to 77 minutes on Antena 3 and 42 to 76 minutes on Netflix.

After the Money Heist Season 5, the fans are waiting for its Season 6. The news of season 6 will shock the fans of Money Heist as season 6 is not coming. We will tell you that season 5 will be the last season of the series and will be no more seasons after that.

The story starts with a failed bank robbery by a lady, who was saved from the police by a man called ” The Professor “. The man then makes a group which includes 8 people. The names of the members were in the cities like Tokyo, Moscow, Berlin, Nairobi, Rio, Denver, Helsinki, and Oslo. They make heist plans of robbery in the Royal Mint of Spain in Madrid. They hostaged 67 persons in the Royal Mint of Spain and robbed €984 million. Furthermore, they took 11 more days in that place to exchange the money.

The members of the group were not allowed to be in any relationship and to share their personal things with each other. Denver started a relationship with one of the hostages. Meanwhile, we got to know that the professor was in a relationship with someone. On the robbery mission, inspector Raquel Murillo identified the professor as Salva, with whom she was in a relationship at a time in her life. She was not ready to arrest him as she was emotionally broken down. We, later on, see the next heist that would be taken place in Palawan in the Philippines, where she again reunites with him.

We see after a leap of 2 or 3 years the bank heist. Palermo, Bogotá, and Marseille are the new members in the group with Palermo leading the group. Rio was under police custody and the professor blackmailed the system to return Rio or the Bank of Spain will be robbed. The bank heist started and a new war has begun. Nairobi was shot by a sniper. To save her life, the group members rushed to the hospital. Her life was saved but the police were after the group. Sierra was finding the hideout of the professor and finally found him at the gunpoint. A bloody war has begun which killed many persons including the members of the professor too. At last, the professor was kidnapped by Sierra but he asked her to join his gang.