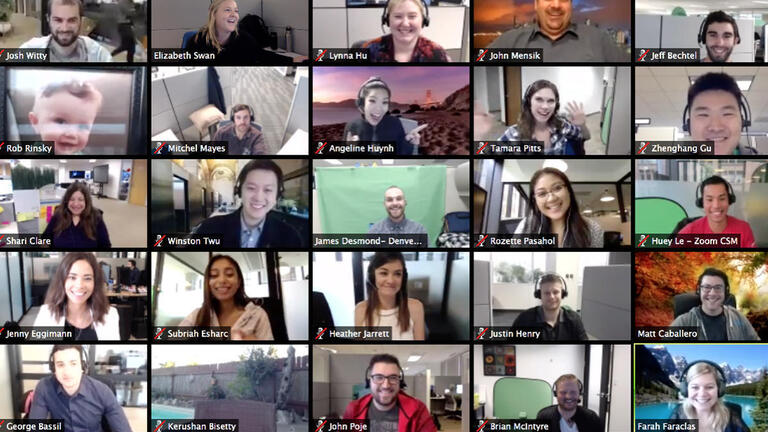 Zoom Meetings ( abbreviated as Zoom ) is one of the biggest video tele transferring software and platform which was developed by Zoom Video Communication. It was released on October 12, 2011. It actually operates on IOS, Android, Chrome OS, Windows, Linux, and macOS. A total of 100 people can join on zoom for 40 minutes. If anyone wants to join maximum people with an increasing time period, then he/she should upgrade to the premium plan, by which the users limit can reach up to 1000 with 30 hours long-lasting time period.

Does Zoom Record Your Screen?

Everyone wants and loves his / her privacy with no interruption. Recording the screen will be helpful for anyone who wants to keep that screen for future work. But with this, users might be surrounded with some questions and doubts. Everyone thinks of one thing, ” Does Zoom Record My Screen “? So we will tell you here that the answer to this question is a big YES. If someone is sharing his / her screen, then anyone can record the screen. It can be done only when the host grants permission for this. If you are not sharing your screen or if the host does not grant permission to record, then the screen recording will not be possible. The host of the meeting has some settings by which he/she can grant or not grant the sharing procedure. The recordings can be viewed in your documents folder with the title Zoom Recordings.

ALSO READ: How To Watch Netflix On iOS 15? Know Here!

Can I Record The Screen If I Don’t Have The Permission?

All your trick is to hide behind EaseUS RecExperts. You simply just have to download this and then the magic begins. You first need to enter into a zoom meeting for recording and launching EaseUS RecExperts. Furthermore, you will see two options, Full Screen and Region. If you want to record the full screen, then go for the former one, and for the latter one if you want just some limited area to record. You will then tap in the bottom left corner which will show you many options with a big REC to record. You can simply go with this to record the screen. The camera icon that appeared later will help you to take screenshots and a timer to stop the recording automatically.

And then, the whole procedure completes, and you get your desired recording without any permission. In the next part, we will tell you some features of the zoom meetings which can be helpful for you.

Features In A Zoom Meeting

Although, the software is developed with many security and checking, still, it has some features that allow the user, participant, or both to check its security. Some of the features of zoom meetings include interacted meetings, group discussions, conference meetings, screen sharing, and the ability to record meetings and have them automatically transcribed. Some computers and software have an additional benefit of virtual background, which allows user to change his / her background according to the choice.

The security of zoom meetings includes password protected meetings, user authentication, waiting rooms, locked meetings, randomly generated IDs, and the ability for the host to remove disruptive attendees. One new benefit is introduced for disabled people who are deaf and blind. In August this year, the developers have introduced a new feature called the Focus Mode, which is developed for virtual classrooms or education like places or work. In this mode, participants will not be able to see other participants’ screens, although, the names will be visible. Only the host of the meeting will be able to see everyone s screen.

MUST-READ: Is GBWhatsApp safe and is it illegal to use