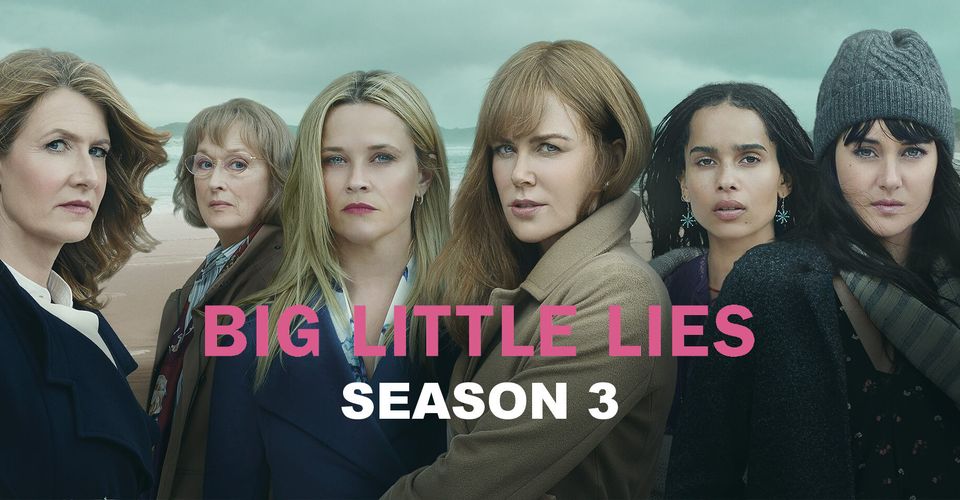 TV series and web shows that are adaptations of the novel that have already performed well among the readers usually hit because the plot of the Big Little lies was already a sensation among the audience and they were desperate to actually see those fictionalized characters in the show. The novel on which Big Little lies show is based is written by Liane Moriarty. The novel was published in 2014. Big Little lies were materialized by David E. Kelley who has written the show also along with creating it. The series stars actors like Reese Witherspoon, Nicole Kidman, Shailene Woodley, Adam Scott, James Tupper, Jeffrey Nordling, Kathryn Newton, and many more. The first season of Big Little lies was directed by Jean-Marc Vallée while the second season of the show was directed by Andrea Arnold. Big Little lies has two seasons encompassing about 14 episodes under its canopy.

The series has won a bunch of awards for the outstanding performance of the star cast as well as for tight direction. The series was nominated for 16 Primetime Emmy Awards out of which it got only 8 awards under the categories Outstanding Limited Series, Best Direction, Best Actor award for the trio of Kidman, Ders, and Skarsgård. Well, it isn’t finished yet, the trio also won the Golden Globe Award, Best miniseries or Television film award for the show, even Skarsgård and Kidman got Screen Actors Guild Award for their miraculous performances. On February 19, 2017, on HBO, the show first got aired.

The third season of the Big Little lies has not been announced yet but there are many rumors about the future of the show. The first hurdle in the release of the third season of the show is that the show was supposed to be made for just one season, but, after the success of the first season, makers renewed it for the second season. The plot for the second season was made in a hurry that’s why it got less recognition in comparison to the first season.

MUST-READ: Fauda Season 4 Release Date And What To Expect?

The second season of Big Little Lies ended with Bonnie is going to the local station probably confessing her crime of pushing Perry down the stairs but the justification behind this deed was that she saw Perry attacking Celeste and that’s why she pushed Perry to save Celeste’s life. So there are assumptions that the third season may continue with the police station scene, with all of them being together in the station. There are also chances that the scene may time jump from the beginning of season 3 and that station scene may go in flashbacks. Confession of the show may be the prime highlight of the show for the third season of Big Little Lies.

Big Little lies seasons 1 and 2 were all about a murder mystery that was committed in the opulent town of Monterey. The former town is an Oceanside town based on California’s Central Coast. The murder is committed in a school and it’s the girl of an affluent family of Monterey and the daughter of Celeste the head of that family. How the situations entangle this rich family and how they revolve around them to tighten their grip. Ultimately this grip gives the audience a sudden twist that wobbles everyone’s mind and that’s why the first one of Big Little Lies was one of the most captivating shows in the history of web shows.

Though the cast of season 3 of Big Little Lies is tentative for now, there are chances that the cast of seasons 1 and 2 may repeat itself in season 3 also due to their outstanding performances, which may include the following actors and actresses-
The Monterey Five: Madeline (Reese Witherspoon), Bonnie (Zoë Kravitz), Celeste (Nicole Kidman), Renata (Laura Dern), and Jane (Shailene Woodley).
Husbands and exes Nathan (James Tupper), Ed (Adam Scott), and Gordon (Jeffrey Nordling).
Kids: Chloe (Darby Camp) and Abigail (Kathryn Newton), Josh (Cameron Crovetti), Ziggy (Iain Armitage) and Skye (Chloe Coleman), Max (Nicholas Crovetti), and Amabella (Ivy George).
For many such updates, stay tuned to our page Liveakhbar. See ya!