Unsolved Mysteries is an American mystery and a documentary television show. This is just a remake of the original “Unsolved Mysteries” show with the fuming 12 episodes. It shows the stories of paranormal activities, cold and death cases. The series involves family members, friends, relatives, detectives and so many people involved in solving unknown mysteries. The series has a total of 2 seasons. It is directed by Clay Jeter, Jimmy Goldblum, Jessica Dimmock, Skye Borgman, Don Argott, and Robert M. Wise.

Season 1 of the series was released on July 1, 2020, with 12 episodes, and Season 2 was released on October 19, 2020, with a total of 6 episodes. The genre of the series is a thriller, paranormal, documented one with a lot of mystery. It got 8 ratings out of 10 on IMDb. Watching a lot of mystery and thrill, fans are again excited to see its next season. According to the reports, the next season is renewed to come in the summer of 2022. So till then, we have to wait to watch some mystery.

Volume 1 contains 12 episodes having different mysterious stories. The first episode, “Mystery On The Rooftop” involves the story of a man named, Rey Rivera, whose death in a Baltimore hotel room made a mystery for everyone. Police claimed it to be a suicide case, but his family denies this fact. The police came to know about his office personal friend, Porter Stansberry who came into their suspect list. But, nothing was there to prove him guilty. Rey’s computer was stolen from the police custody, indicating there is someone who is trying to remove all the evidence or “Something” which can be harmful to him/her.

The second one, “13 Minutes” also revolves around the death mystery of a hairstylist, Patrice Endres who got disappeared in just 13 minutes from her salon. Following her death, the investigation started, and Jeremy Jones got arrested in the murder case. He first admits the killing but later on, deny it, naming some names, which did not match with his details. Police found some suspicious people outside her salon, including two women and a man. Sometime later, her second husband, Rob, got into the doubt list as his behavior was strange after Patrice’s death. He too got out of the doubt list sometime later and the case remains open.

“Death In Oslo” is one of the death mystery stories of a young woman, Jennifer Fergate, who was found dead in the Plaza Hotel in Oslo, Norway carrying a Browning 9mm pistol. The case was very doubtful as there was no evidence. All the evidence was removed like there was not a drop of blood in her hand and not a bloodshot was found on her body. Also, all the labels were removed from her clothes. It was also a point of doubt whether she is Jennifer or not, as not a single ID was found nearby her body. 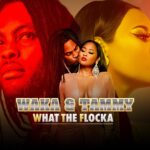 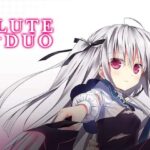