Feel Good is a British television series. The genre of the show is comedy, drama, and romance. It is written and created by Mae Martin and Joe Hampson. The plot of the show surrounds around Mae Martin and George. George is Thea heterosexual and is in a relationship with Mae. The show then revolves around the past of both the characters and the problems that come with their relationship. The show has two seasons with 12 episodes in total. It is released under the production company of Objective Fiction.

Season 1 was released on March 18, 2020, and Season 2 was released on June 4, 2021, on Netflix. It is released in the United Kingdom. The language of the show is English. If we talk about season 3 of the series, then it was already declared that season 2 will be the final season. So, the chances of its next season are very few or nil.

The plot of the series is quite different from the other relationships. It shows the same-gender relationship, where Mae Martin, a young stand-up comedian of the lean physique with a pale face is dating George Lawson, who is a school teacher. She met Mae at one of her (Mae) shows, where George was the only cheerleader of Mae. From then onwards, their love story begins.

Mae was a drug addict who was thrown up by her mother from the house at a very young age. She used to go to some Narcotics Anonymous Meetings to resolve her problem. She met with Sophie Thompson there who was a nice elderly lady who agrees to be her sponsor. On the other hand, George was too uncomfortable in telling everyone that she is dating a girl, which is a new thing for everyone. Many problems and misunderstandings came in between their relationship, but somehow they managed to cope up with the problems.

In season 2 we see that Mae calls George and tell her they should break up with each other. On the other hand, George when in an office party had sex with one of her male colleagues. When Mae was in England, she got to know that George is now dating Elliott but, George then confessed to Mae that she has broken up with Elliott. Mae is now giving attention to her career. In one of her events, she refuses to confront the host of the show, Arne, thinking that she will get more opportunities in the future. One day, George’s dad visits her and tells her that she will soon have a baby brother. George gets embarrassed when Mae proposed to her in front of all the guests in her live show.

Mae Martin in the character of Mae Martin itself is a Canadian comedian. She is in love with one of her fans, George, who is a heterosexual. Ignoring everyone, she stays loyal in her relationship. Charlotte Ritchie in the character of Georgina “George” Lawson is Mae’s girlfriend. She shares an apartment with Phil. She is a schoolteacher and often stays outside the apartment. Furthermore, she is a social person. Lisa Kudrow in the character of Linda Martin is Mae’s mother. She is rich but egoistic. She always probes herself right and didn’t hear Mae.

Ritu Arya in the character of Lava is the daughter of Maggie. She is a lesbian since childhood and is interested in women than men. She is interested in Mae knowing that she is in a relationship with George. Phil Burgers in the character of Phil is the roommate of George. He is a guy who speaks less but is kind and creative. He often gives advice on relationships. Nobody knows him properly, but, just a little bit of him.

MUST-READ: What Happened In Hard Knocks Season 2? Click To Know! 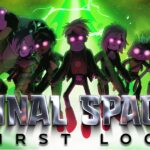