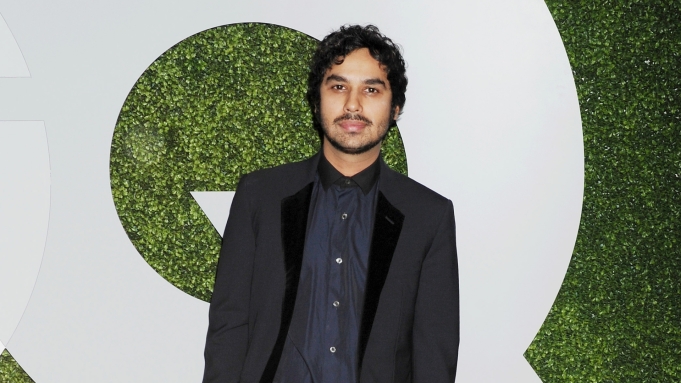 Kunal Nayyar, the famous Big Bang Theory actor who played Raj Koothrappali in the series is a household name now and we all have seen him entertaining us various times through the Big Bang journey and how he manage to become the third-richest television actor for the year 2015 and 2018 which made his name even strong name in the industry and he always leave a mark when he is on the screen. Born in London to an Indian family who came back to India and then attended school in New Delhi after which to do graduation he moved to the United States where he started doing plays and took up acting classes while doing his degree. After completing that he thought of becoming an actor and did the Master of Fine Arts from the Temple University in Philadelphia.

When he thought of becoming an actor, he got into the field after graduating, and then only he found himself working in American TV ads. While doing that he got plays on the London stage after which he also wrote a play with Arun Das named Cotton Candy which premiered in New Delhi and he was also part of Rajiv Joseph’s play. After doing some small guest appearances including the CBS drama NCIS where he played the role of a terrorist.

After that the big break came in Kunal’s Life his agent heard about the role of an Indian Scientist in a CBS sitcom, he encouraged Kunal to audition for the role and after the audition producers quite like his performance and he was cast in the show and rest as they say is history, that how we became the 3rd richest actor on the television in the year 2015 and 2018.

During the role in the sitcom, Kunal did various works including where he hosted a show with Simon Helberg named Tribute to Nerds in the comedy festival Just for Laughs. He also voiced Ice Age: Continental Drift in 2012 after which he completed his shooting for his first film Dr. Cabbie which was produced by Salman Khan which was released in 2015. He then performed in an off-Broadway production with Jesse Eisenberg in the year 2015. After which he also published his book Yes, My Accent is Real: and Some Other Things I Haven’t Told You in 2015 only. His Recents works are The Storied Life Of A. J. Fikry. Let’s know about the Kunal Life Personal Life

ALSO READ: Here’s How Much Alfie Evan Allen Net Worth?

Kunal Nayyar’s Wife Neha Kapur who is often seen with him in parties and restaurants is also an Indian model, and she is a former Femina Miss India, a former beauty queen in 2006 born on 31 March 1984 who also represented India in the Miss Universe pageant in that year. Born in a Punjabi Hindu family in New Delhi where she learned the classical dance. She has eight years in Kathak and four years in training  Bharatanatyam, Kapur holds a degree from Pearl Academy in fashion design. After winning the Femina Miss India Universe in the year 2006 she was also the winner in the Femina Miss Photogenic and Femina Miss Fresh Face award category in that pageant.

She made it to the top 20  where she represented India in Miss Universe’s 2006 pageant which was held in Los Angeles. She married Kunal Nayyar in the year 2011 when she met him she didn’t know about his sitcom The Big Bang Theory and they said to fall in love at the first sight when they met for the first time in 2008. Both connect rapidly due to the Delhi Connection and when they meet for the first time due to mutual friends Kunal thought “She is way out of my league.” Their wedding took place on Dec 22, 2011, and was in the traditional and grand style.