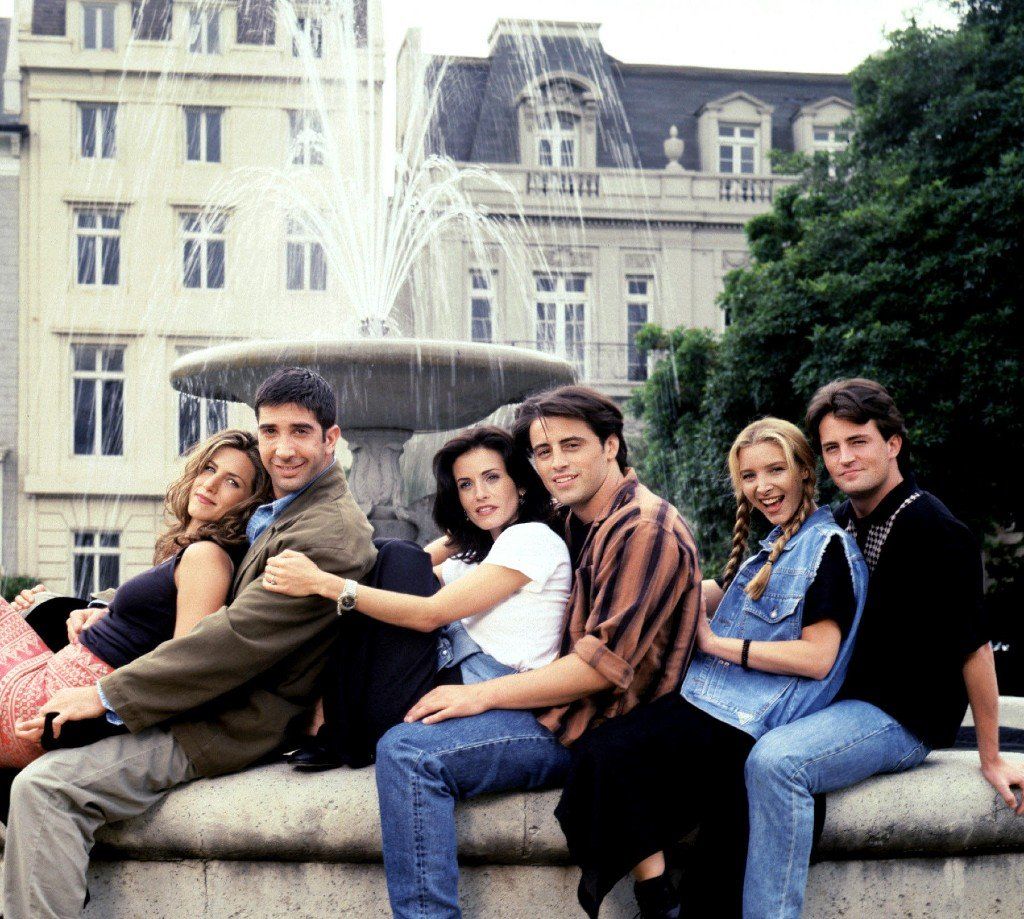 Friends is an American Sitcom Television Show based on a fictional story. The shoes originally created by David Crane and Marta Kauffman. Friends were produced by a group of producers including David Crane, Marta Kauffman, Kevin S. Bright, Michael Borkow, Michael Curtis, Adam Chase, and 5 others. TWarner Bros. Studios, Burbank located in California was the production studio for Friends. The show if originated in the United States Of America. While the whole shooting was done in California. The idea of the show originally came to Marta and David, and they started working on the idea with the title Insomnia Cafe in 1993.

Later on, they presented the idea to Bright, soon after the idea was selected they all together began to work on the storyline. A few years later they finally made a 7-page script to present before NBC. After several changes in scripts and a few rewrites that even included Changes in the title. The show was about to get named Six of One then Friends Like Us and then finally to Friends. Soon after the shooting ended the show was finally released on NCB on September 22, 1994.

Eventually, Friends became the top show. It was the most popular TV show of all time. It was also nominated for Emmy Awards. All of the Friends season Became the chart-toppers and season of the year every year. Friends have a total of 10 amazing seasons with 236 bone-tickling episodes. Each episode is of almost 30 to 40 minutes each. Friends was an iconic television show and was loved so much by viewers all around the world and of every age group. The sow starred many big actors like Jennifer Aniston, Courteney Cox, Lisa Kudrow, Matt LeBlanc, Matthew Perry, and David Schwimmer. After getting roles in Friends the acting career of these actors suddenly grew high. Jennifer Aniston also once become the highest-paid actress. Others were also loved and appreciated a lot.

The last episode of the show was aired on May 6, 2004. The news of friends ending brought tears among the viewers. Although Friends ended many years back, you can still watch the complete show easily on Netflix. There are many people who still watch Friends, along with the new generation. Friends have a total rating of 8.8, though it deserves a complete 10 stars the show is a masterpiece. You must give Friends a try if you are a comedy lover or want to bathe in giggles.

DONT-MISS: Songland Season 3 Is Likely To Be Renewed! Here’s When?

Why Did Friends End?

In an interview with Marta Kauffman who is the co-producer of the show, when he was asked about the reason behind the ending of Friends. He replied that there were many factors that resulted at the end of the show. The main reason was the crew was growing old, Yes this is an obvious reason why friends end? The cast kept growing old, while their character was still hanging out in the coffee shop.

Growing up of the castled to many problems because in the show they were portrayed as they were in the 30s but the reality was that many of them had already turned 40. The growing of age can be clearly seen on faces, but nowadays there is nothing that makeup can’t do, but it was the cast that felt like they didn’t have any more of the character inside them. Them Ross, Monica inside them was dead. Also at the age of taking a rest on your favorite couch, watching your kids grow up, and nurturing them, it was hard for the stars to cope up with their personal life, family and Friends Show at this age.

Another big reason was a shortage of stories and scripts, as you know friends ran for more than 10 years, hence it is obvious to get short of stories and ideas. Friends had a total of 10 seasons with 200 plus episodes. The shoemakers continued to make season after season due to the fan’s demand and love. The show revived so much love internationally, which meant that viewers from not only America but from all over the world demanded more episodes, this created huge pressure on stars and even the producers.

Toward seasons 8 and 9 the show makers themselves were scared whether the viewers are bored of the show or not, Specially the Ross and Rachel thing. The show makers feared that they had already shown too much of Ross and Rachel drama and that people would get sick of it soon. During seasons 8 and 9 Jeniffer Aniston started having some personal disputes in her marriage. It was rumored that she is having a hard time with her then-husband Brad Pitt, who himself was rumored to be dating Anjelina Jolie after they did a movie together. All this sudden chaos made it hard for Jeniffer to shoot any more seasons also she dropped her acting career for a few years after this incident.

Where To Watch Friends Now?

The first episode of Friends streamed on NBC from September 22, 1994, and the last episode was released on  May 6, 2004. Since then it has been 17 years but still, the craze for the show hasn’t stopped a bit. According to Netflix, Friends is still getting more views than a few newcomer shows on Netflix. People still haven’t stopped obsessing over Friends even after so long. There are still many crazy fans who want to see Ross and Rachel together. Friends recently had a reunion which had a humongous view it was the first time after 17 years that the friends cast had a reunion. Fans are still hoping for another Reunion. But it will certainly take a few more years for another Reunion.

If you want to stream Friends again you can easily watch it on Netflix with different subtitles and languages available. Even Amazon Prime has uploaded the whole 10 seasons of Friends for viewers. If you want to watch Friends on Television, you can watch it on HBO Max and Comedy Central because only these channels have the right to stream Friends. Other than this you can buy DVD’s for each season of friends from any online store 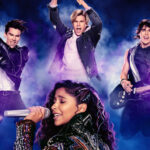 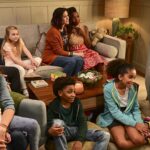