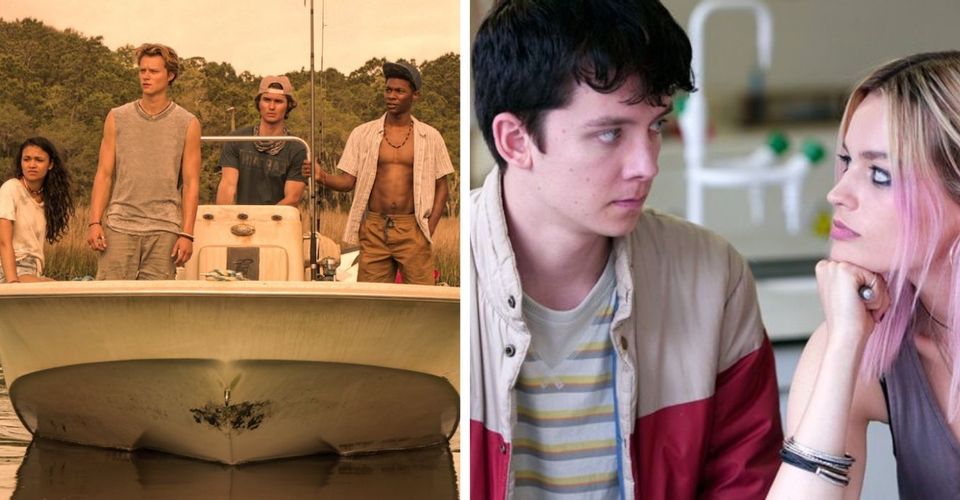 Netflix and its craze we all know and how its growth has increased in the recent past and how the people watching the show have quite liked the teen shows and have got quite attached to it like to Clay and Hannah in 13 reasons why and like Otis and Maeve in Sex Education and we quite actually feel attached to their lives and always wanted to know more about them and be with them more, that’s what has got Netflix to make more teen shows as they know that the teenagers are not the only one who enjoys them, people of all age group enjoys them and that’s what pushes Netflix to bring us more of that content to us. Some of the best teen show shows according to us on Netflix are:

Let’s start with some serious stuff, written thriller and suspense all over it 13 Reasons Why.

A suicide as termed affects almost all the lives that were connected to it opens some mysteries and that mysteries change the lives so some people forever, a great written show but not for everyone as it involves some serious stuff about suicide and mental health which in real life can affect people health and a disclaimer is always given when watching the show so that people don’t get the show wrong

Talking about the teen stuff, in this show it’s all based on the teenagers and how if something wrong happens how those teenagers pass through it. The show has a total of 4 seasons consisting of 49 episodes, and we do believe you should watch it (do read the disclaimer).

We all have heard of it and we all want to watch it too, but in this show, they have created a wonderful story around greatly written characters explaining to us the basics of sex education which we think all the people should know and respect. Created by Laurie Nunn the show is right now the best in its genre describing the unsaid things in the society in a great storyline.

In teen stuff, it’s the sex education involving the teens of a high school and how everyone has a different journey and everyone should take their time to understand the process. Having 3 seasons of Maeve and Otis journey with 24 episodes, we have seen how they are trying to become adults with the fourth season in the pipeline. Let’s see how the story progresses.

The story of a town of these teenagers is always under the spotlight and goes through some horrifying stuff and some secrets which scare those teenagers to believe people as they can’t decide who’s telling the truth, a nice teen drama adequately showing mystery and crime.

This show can be termed a soap opera as its episodes come weekly with 5 seasons under its belt consisting of 95 episodes and the sixth season starting this month, the show has a lot to give and learn from the teenagers, and you should give it a try.

Never Have I Ever

What do you want in a show? Some comedy, tragedy, some action-reaction scenes, and if based on Indian Origin people it would be like extra cheese on cheese burst pizza you get all of this with some cringe in the supremely talented Mindy Kaling show’s Never Have I Ever.

The show is based on a teenager Devi who has gone through some trauma in her personal life and how she did things that have some action and great reactions (with a smiling face) is there to watch out for. The show has 2 seasons right now on Netflix with 3rd on the pipeline consisting of 20 episodes, it’s a great chill show to watch out for.

Some of the other best Netflix teens shows are Trinkets, Stranger Things (started with kids now can be considered as teens), and who can one forget the not understand but have to watch German series Dark (do watch it but you will not understand and that’s the fun watching it). There are other shows which are nice but everyone has their choices but these are almost everyone’s favorite, do watch them on Netflix.

MUST-READ: Movies like 365 Days on Netflix add to your watchlist!