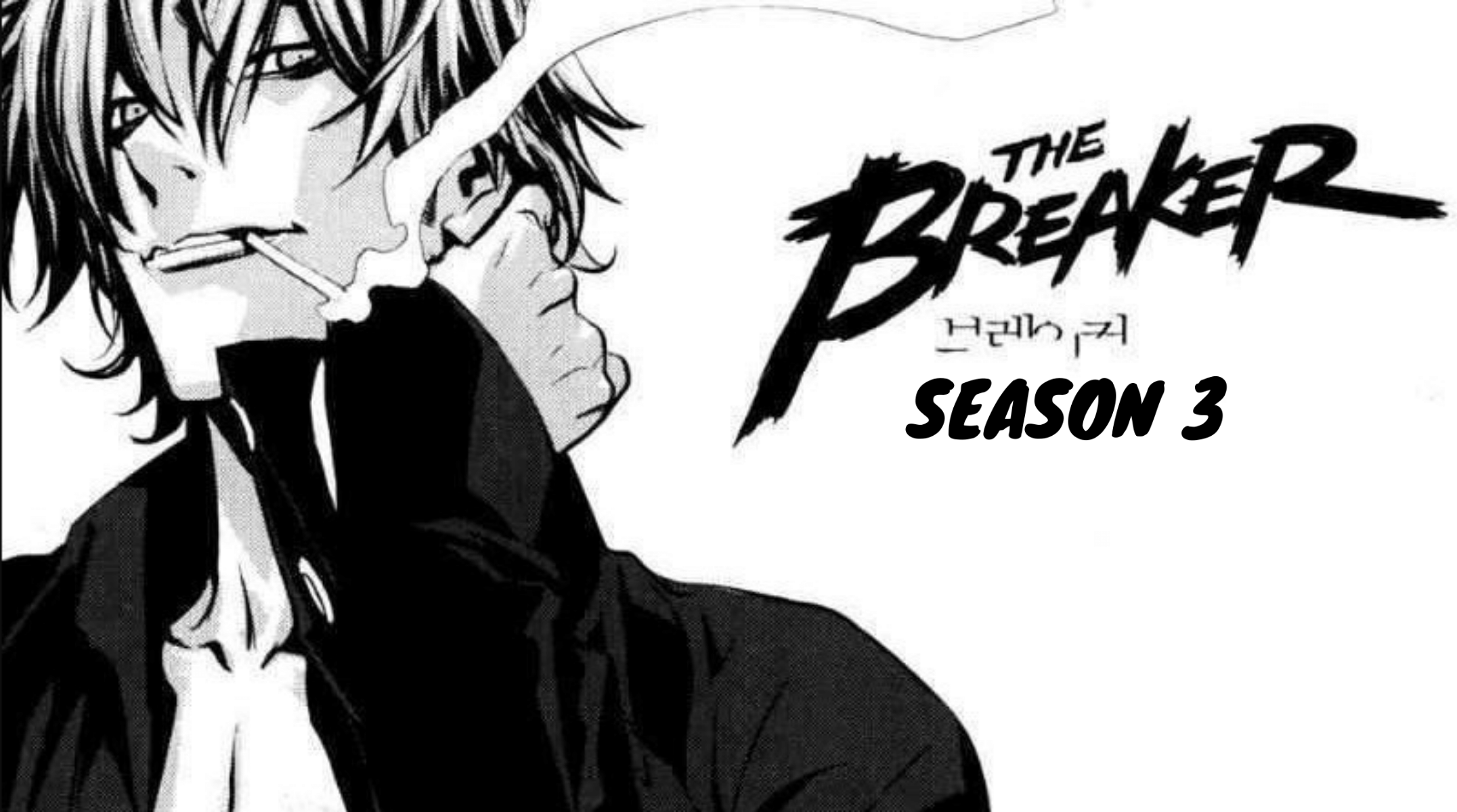 “The Breaker” is a South Korean series. It is a Manhwa series. The genre of the series is martial arts, comedy and drama. The story surrounds around a coward, weak and a timid boy named Shiwoon Yi, but with the help of Chunwoo Han, he becomes his martial art student. Chunwoo Han is a martial artist and becomes the enemy of the Murim after killing his teacher. It is written by Jeon Geuk-jin and Park Jin-hwan.

The Breaker, the first series was published in Young Champ’s magazine between June 1, 2007, and July 10, 2010. The series is illustrated in ten volumes. Then, its second series, The Breaker: New Waves came which lasted till 2015. As now the audience is waiting for season 3, we will tell you that makers have started working on it. From the guesses, we can interpret the release dates to be the next year or in the mid of year.

The story revolves around Chunwoo Han and his student Shiwoon Yi. Chunwoo Han is a very talented and trained martial artist and has a piece of knowledge in many techniques like Black Heaven and Earth. He is known for the Nine Arts Dragon as he has the talent for nine techniques. He is in relation to the Murim world. It is an undercover secret martial arts society. They provoked Chunwoo to kill his martial arts teacher. After killing his teacher, Chunwoo was guilty and started hating Murim and developed a hatred corner for it. Therefore, he joined the Black Forest Defense Group.

Black Forest Defense Group is just the opposite of Murim. They are against the martial arts alliance. After joining this group, Chunwoo Han was given a mission in which he was sent to a school in Seoul. His mission was to free Sosul who is the head of the Sunwoo Clan. In school, he meets with Shiwoon Yi who is a very cowardly boy and often gets bullied. Chunwoo decided to train him in martial arts so that he can become strong. Shiwoon Yi accidentally enters the Murim world and with that, new dangers and problems come in every path of his life along with his master’s life too. His master tech him every possible technique to survive in the Murim world.

The story then continues with the sequel “The Breaker: New Waves”. This series shows us that Shiwoon is now become a stronger one and learned to tackle problems. He was offered the position of head of the Sunwoo Clan but he declined. As the story goes on, we see that the Murim is losing its control over the world because a new group, SUC, starts taking the place of Murim and starts diminishing Murim.

ALSO READ: Will There Be March Comes In Like Lion Season 3?

Shiwoon Yi is a timid and cowardly high school student boy. He is so weak that he every time gets bullied. After meeting with Chunwoo Han, he became his student and started learning martial arts. He is taught many techniques. Chunwoo Han is the martial art Guru, having the knowledge of the Black Heaven and Earth Techniques. He earned the title of Nine Arts Dragon in a Murim tournament after defeating the other Arts Dragons. His teacher, Unwol was killed by the Martial Arts Alliance.

Jaekyu Kwon is the elder of the Sunwoo Clan. He is the grandfather and guardian to Jini after her mother’s death. Jangil Jeon is an elder of the Sunwoo and a grandfather of Shiwoon. During Shiwoon’s fight against SUC, he sacrificed himself to save him. Gyubum Yi is also a martial artist whose skills are so perfect that he won the title of Southern Red Star.

MUST-READ: Does Eren Yeager Die In Attack On Titan Season 4?