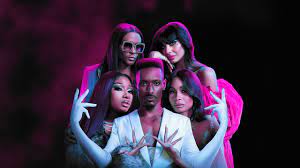 Legendary is an American television reality show. It is basically a competition show based on voguing. The show explores the ‘Ball” world. The ball is an underground African-American group of LGBTQ+, Their community basically performs the ball event. Ball refers to an event where they compete with each other in different categories like dance, acting, lip-sync, modeling, and many more. Legendary is also the same as it also has the same events to compete on. After all the events the winner of all gets a huge cash prize of 1 Lakh US Dollars.

The show is directed by Rik Reinholdsten along with this it is presented by Dashaun Wesley. Legendary is produced by a group of producers out of which two are David Collins and Michael Williams. The production house is Scout Productions while HBO Max is the one and only official distributor of the show. There are a total of 2 seasons released till the date each episode has about 9 to 10 episodes each of 50 minutes. The first season of the show officially aired on HBO on July 9 2020 and the second season aired on 10 June 2021. The show has a total rating of 7.7 out of 10 from IMDb, which is very impressive. The show received high appreciation from the critics and the people as it includes two LGBTQ judges, this shows gender upliftment and it gives encouragement to the trans and LGBTQ community.

The show is basically a reality competition among LGBTQ contestants. The contestants are divided into different houses. Each house has two players. Now all the houses compete with each other in different categories of events like Dancing, singing, walking, voguing and more. One player is selected from each house to compete with other players of different houses. Few events are group-based while some are individual. The competition continues for weeks.

The judges are the one who decides the winner of each event Based on the performance judges either give them a point out of 10 or give them a chop. Chop is considered to be bad. Each week the judges announce the house that performed the best and two houses that performed the worst. Being the best house also gives them few powers. While the two worst houses have to play elimination rounds with each other again. Just like this in the only two houses remain and finally, the best house gets decided through the voting system. Last year’s winner was the House of Miyake-Mugler.

ALSO-READ: Chapelwaite Season 2: Released or Not? Know The Answer Here!

HBO has confirmed the renewal of the show for a third season, not confirming that whether it will be the final season or not. We hope that it is not the final season because the show just started and became popular very instantly. Also, it is a great platform to encourage the LGBTQ community. In June this year, HBO gave green light to the third season. But we still don’t know any specific release date for the show. We expect that the shooting must have begun till now. Therefore we expect the show to release anytime in mid-2022. Till then let’s wait for any official announcement or update.

There is n official list released about the contestant for the third season. The picking up of contestants is completely random therefore we can’t say anything so soon. There is a total of 5 judges in the show out of which 4 are permanent judges. The judges include Jameela Jamil, Law Roach, Leiomy Maldonado, and none other than Megna The Stallion. The fifth judge is the guest judge and it changes with each season. Other than this Dashaun Wesley is the master of ceremony. MikeQ as the main DJ of the show. Johnny Wujek is the fashion Coach, Tanisha Scott is the Performance Coach, and Jamari Balmain is Assistant Choreographer.

There is no official trailer of season 3 released yet but, there is of course an introductory trailer released by the official account of Now this. We will soon update you with the trailer date as soon as we get any updates. Till then you can watch this beautiful introductory video of Legendary season 3. Click below to watch the video on Youtube.

DONT-MISS: Here’s When Get Even Season 2 Will Hit The Screens?