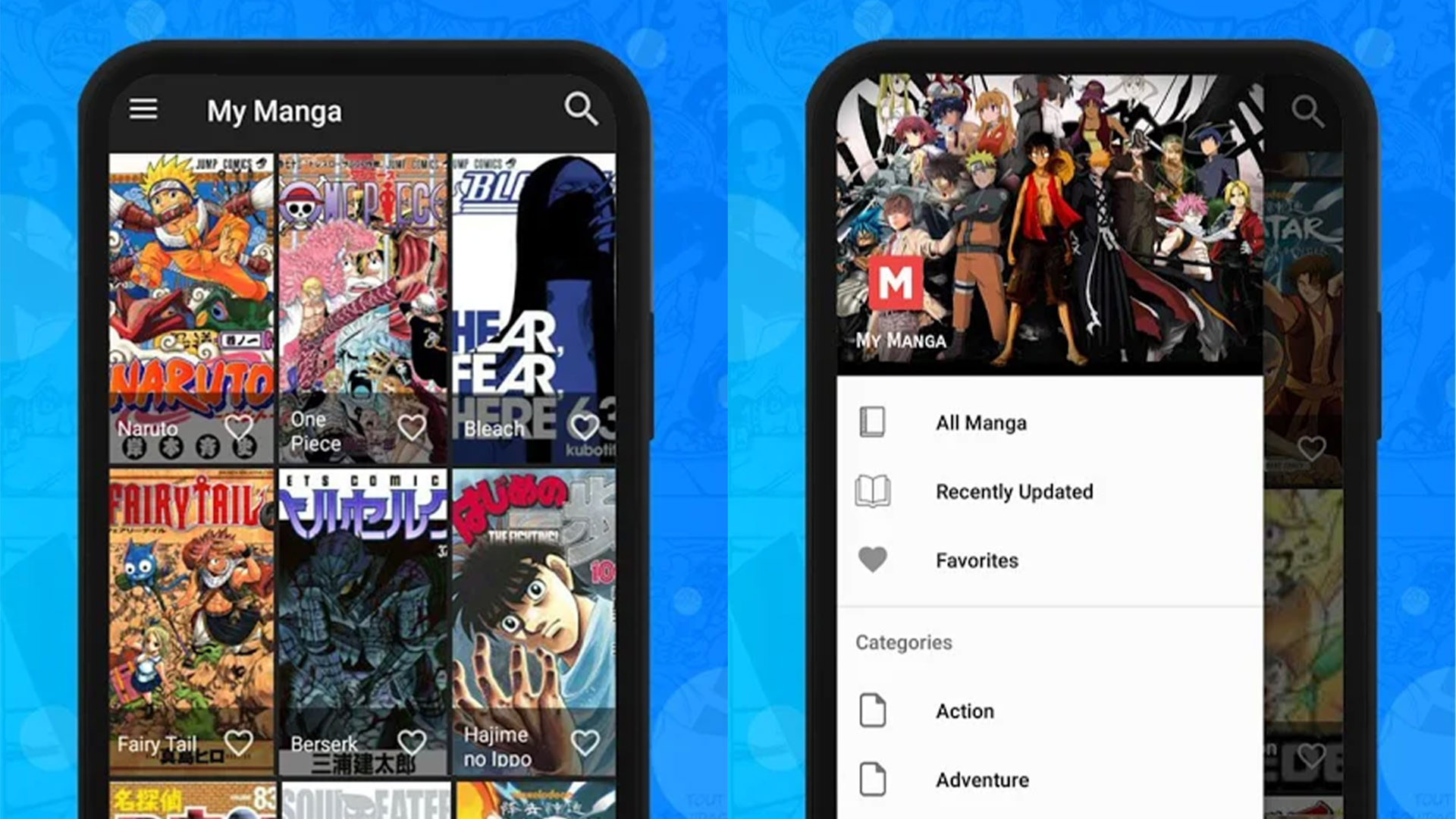 Do you are obsessed with manga comics and love reading them online then you are in right place. Here we will tell you the Best Apps to read Manga comics online. The word manga simply means a Japanese comic book that is popular all over the world. the especially young population enjoys reading manga. One of the reasons for the success of manga is that manga is now available in English as well. Numerous Android phone is available which serve the users who love reading manga. We have gone through so many apps and after listing them according to how they facilitate their audience. In this article, we have listed nine apps to read manga comics online.

Manga Toon is one of the best and free manga applications available for Android phones. The best part of this app is that it gets updated on daily basis and you always have a chance to experience something new. And most especially this AAP always gives you an HD experience. Manga Toon not only provides manga comics but also have Korean comic as well. It also renders a subscription facility and if you subscribe then it will notify you when new series arrives. You can also download manga chapters and watch them offline at your convenience. You can also search them with the help of categories as given there.

The app offers an excellent manga reading experience for its users. You can also read manga or also can download tons of Manga as mentioned before with the service of sources that operate Manga toon.

It is also a free android application that contains manga in different languages. As it is a free manga reading app it usually contains advertisements. This application is full of manga but it never has certain limits on you. It also has a subscription facility, once you purchased it then there is no need to tolerate annoying ads. You can enjoy uninterrupted reading.

Now moving towards Manga life, this app is truly devoted to its customers. This application comes with a very simple and easy-to-understand interface. The best part is that it updates the content on per daily basis and there us no changes to access most of them leaving few premium subscribed content for their premium consumers.

ComiXology is not a free application to access you require to purchase it and need to take subscriptions if you want to you through its offline services with HD quality. Well, as per the research we find that it is not that devoted manga AAP. But the point that takes it in the list is that it will always provide new manga. Accordingly, we can also say that it operates as a comprehensive comic reading application on your Android device. It is one of the reasonable manga apps that deliver a high-quality stoner interface. The app reflects a reasonable but affluent user knowledge. You would moreover find some of the most popular and outstanding Manga collections which you may not find elsewhere but you have to pay for it.

MUST-READ – Chivalry of a Failed Knight Season 2 Release Date: Announced Or Not?

Manga Rock is the best we can say it is very easy to access and you will find lots of manga in different languages as well. Manga rocks appear with an impressive interface that helps you to proceed with your reading. You can also choose between numerous manga. It also comes with a premium version and with this, you can also get rid of advertisements.

From the name of the application, it is clear that the application will help you to find manga and you can enjoy watching it. User interfaces suggest so many mangas that you can’t stop reading. This application is mentioned here because of two reasons one is that it provides manga for free and it has lots of manga in its storage.