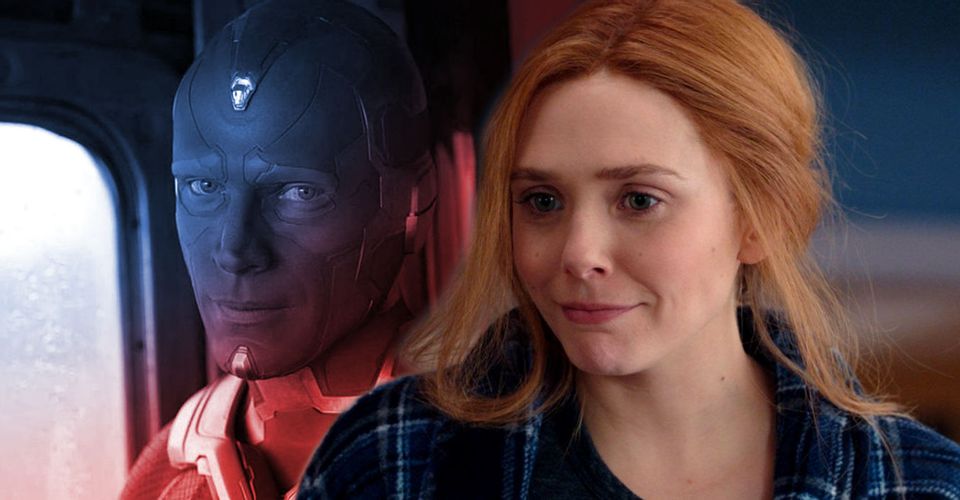 WandaVision is an American television series of Marvel. It is a mini-series created by marvel. As the name suggests the series is about the famous and very powerful marvel couple Wanda and Vision. WandaVision is among the various mini-series recently released by Marvel. This series are released after the final Avenger movie “Avengers: The End Game” as it was said to be the last Avengers movie. The series is directed by very famous director Matt Shakman, also known for directing Games Of Thrones. It is written and created by Jac Schaffer. It has a total of nine episodes of almost 25 to 50 minutes.

The show officially aired on 15 Jan, with only 2 episodes. Other 7 episodes were released, later on, making it a total of nine. Chuck Hayward is the producer for the series, along with Marvel as the production house. The show received a great response from critics all over the world. Especially the cast and the story plot were appreciated a lot.

These series are released so that the viewers can connect the events happening in the series with the upcoming big movies. This will give the viewers a prior idea and a better understanding of what’s happening in the movie. Therefore these series are very important for Marvel fans and, they surely should not miss them. Just like this WandaVision is also like a contributor to the Upcoming movie Dr. Strange. All the things happening in The series, are somehow going to connect with the movie later.

The show continues from after the set of the end games. While Wanda is all saddened and broken with the visions of death. She creates a Hex in which she is back with him again. Hex is a very strong persuasive magical power done by Wanda, in which she creates her own reality where everything works in her choice. So Wanda after creating Hex imagines herself with vision. They both live in an outskirt of a small town as a very happy couple. Wanda imagines many different scenarios of household with vision, knowing it all is fake.

The problem appears when she includes even the normal townspeople inside her Hex forcefully. This wrong step makes her point in eyes of S.W.O.R.D. Now the Sword is all after her trying to stop her. This creates war and much destruction in the town. But in the end, Wanda is made to close the Hex which took away her children’s and Vision (of her imagination), without even saying bye to them.

WandaVision Season 2 Release Date: Is WandaVision Coming Back For Another Season?

In an interview with Variety, the show’s director was asked about, whether they will renew it for another season, To which she replied that No, this is a properly limited series with no continuation. But later she also added on saying that she doesn’t know, it’s a Marvel series, and you can’t say anything about it. So clearly she gave a mixed response to it. Hence the show is probably not going to release any other season. Although Olsen did give us a little hope for a renewal. According to marvel sources, This series will contribute to the story of Dr. Strange, Therefore we assume that all the open ends of the series will be complete in the movie.

Most of the Marvels characters don’t even need any introduction, they are already famous enough. After all who doesn’t recognize the marvel heroes. The series cast Elizabeth Olsen as Wanda Maximoff / Scarlet Witch as the protagonist, she is a powerful Avenger. She holds and knows many Chaos powers, he practices magic and is very expert in using her magic. She and Vision were a couple, but after vision’s death, she went into mental breakdowns and depression.

Paul Bettany plays Vision, another main character he is a former Avenger. He was a creation of artificial intelligence, Ultron, and mind stone. Unfortunately, he was killed in the End Game series of avengers. Debra Jo Rupp as Sharon Davis, a westside resident who is made to play as Wanda’s wish in her Hex.

Fred Melamed as Todd Davis: Also a local resident, forced to play as the Visions’ boss inside Wanda Hex. Kathryn Hahn as Agatha Harkness: She is a witch in real life, but plays the role of a very cheeky neighbor of Wanda. Teyonah Parris as Monica Rambeau, Randall Park as Jimmy Woo, Kat Dennings as Darcy Lewis, Evan Peters as Ralph Bohner.

As already told above, the series may not return for another season. This means there will be no trailer releasing for the following series. Although according to the director there can be nothing said about the show’s renewal. You can also watch the trailer for WandaVision season 1 uploaded on youtube a few months ago. You can stream the complete show on Disney+ exclusively. To watch the trailer on Youtube click below.