We all love unnatural drama as we don’t know what to expect out of it and the bar of expectation rises more when you see the name of Jon Whedon in the credits and we have known in the past how magnificent his creation has been like Avengers, Avengers: Age of Ultron and Justice League to name a few, so we know what his series has in it, so the series is being released in parts the first part has been released and now the fans are waiting for the second part lets see when its gonna come.

The show is in development since 2018 and it has been having bidding wars with streaming platforms like Netflix but it, at last, landed at HBO, which was announced at Comic-con 2018 after Jon Whedon came on board as a writer, director, executive producer, and showrunner for the series but he steps down in 2020 saying that it was due to pandemic after which Philippa Goslett, the British screenwriter was announced in the place of Jon Whedon. After all this the pilot aired on April 11, 2021, after that, an episode came a week, 6 episodes are aired of the first season till now.

Talking about season 2, season 1 is divided into 2 parts from which six episodes are released and 6 are remaining are to be released, which are scheduled for the first half of 2022.

We know if the show is amazing then awards will be there so The Nevers has won one award which is ReFrame Stamp IMDbPro Top 200 Most Popular TV Titles 2020-2021 and have 5 nominees including one Primetime Emmy Awards 2021 for Outstanding Special Visual Effects in a Single Episode and others nominees are Dragon Awards, Imagen Foundation, Location Managers Guild International Awards and Online Film & Television Awards.

If the show is good the cast has to be great, the cast is Laura Donnelly as Zephyr Alexis Navine/ Amalia True, she is one of the Touched who has the power to see glimpses of the future. Not a responsible and well spontaneous and broken hero in the 19th century in London and considered a threat to the British. Claudia Black has played Zephyr in an episode. Ann Skelly as Penance Adair, best friend of Amalia and also a Touched who has the power to see electrical patterns. Olivia Wiliams as Lavina Bidlow, a supporter of the Touched.

James Norton as Hugo Swann, a young man owning a private club and is an aristocratic pansexual. Tom Riley as Augustus “Augie” Bidlow, Lavinia’s Brother and a gentleman bird watcher preserves his secrets as one of the Touched. Pip Torrens as Lord Gilbert Massen, a supporter of  British and former military men. Denis O’Hare as Dr. Edmund Haguedoes experiments on the Touched belongs to America.

The IMDb 7.4 rated having 18k votes so it seems people have liked the show and the concept of the show, we can conclude that Victorian women who after a night find themselves having unusual abilities, with abilities came enemies and a mission which might affect the world. Set in the Victorian era in London, where the ones with unusual abilities are known as the Touched and how that unfolds their journey with multiple problems in the way and how they want to do something better for the world.

For part 2 the story will continue where it was left as the origin story was relieved of Amalia’s and the reunion of the Orphans’ mission crystallizes, so let’s see what the show has for us in the second part.

So the trailer for part 2 is out yet so till then let’s rewatch part 1 and make theories about how the story will progress. 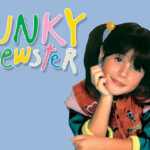 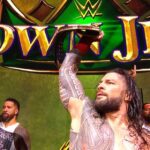