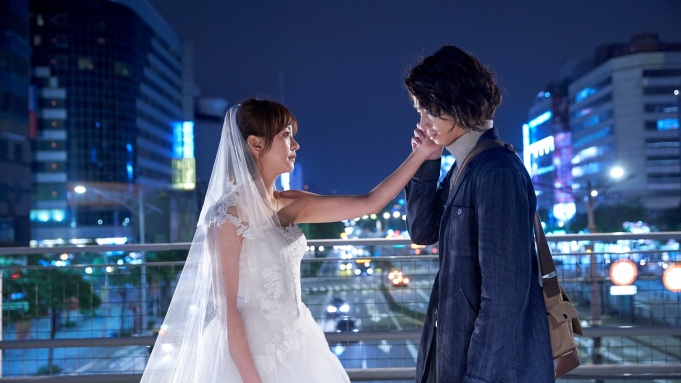 More Than Blue is a Taiwanese Netflix original series. It is actually a 2009 hit Korean movie. Which was later once again remade in 2018 as a Taiwanese romantic move with the same story and the same name. More Than Blue (2018) gained very popularity and was an unexpected hit in Japan, Taiwan, and all over Asia. The series is directed by a very popular Director by Gravin Lin. While the story is written by Hermes Lu and Gavin Lin.

The series is produced by Netflix and a few other private production companies. It stars talented and famous Taiwanese actors like IVY Chen and Jasper Liu. The series is officially owned and distributed by Netflix internationally. The show has a total 6.8 rating out of 10 by IMDb. Although the rating seems to be less, the fan following of the show is quite high. It is a very emotional, sad and, romantic series, which will surely make you drop into tears. Just as the name suggests more than blue means a story sadder than sad.

The show revolves around a boy and girl, who were friends since their school time, later on when they meet after a long time and grown-up they become friends again. But this time the boy is hiding his incurable disease from her friend. He suffers from leukemia and he does not have much time to live his young life. But instead of caring about his life and the short period of time he has, he fears more about her friend. He also has secret feelings for her. He is much tense about, who is going to take care of her friend after he dies. Hence he is now trying to find a suitable match for her, a person who can take care of her just like he does.

He feels very hurt from the inside while doing this. Along with this many other backstories of other character related to the main ones goes on in the background. One of the lead backstories is of a record label manager and his assistant, who are finding the real lyrics writer of the very beautiful and popular song Sadder than Sad. This search leads them to our main character again. Showing that all the stories are related to the main couple.

As of now, there is no official date announced by neither Netflix nor the show makers about the other season. The debut season of More Than Blue is all set to release this month on 22 October 2021. Therefore it is way too early to tell anything about the preceding season. Also, the series is a remake of a movie. If we look at the movie it has a sad yet satisfactory ending leaving no open ends to it. Hence there is not much chance for the release of another season.

According to the available details, there is no chance for season 2 of the following series. But you can also watch the upcoming season on Netflix to experience the beautiful and emotional love story. More than blue is a Netflix original series and is going to release only on Netflix. The original movie has received a good response from all over the world.

Gingle Wang is playing the role of Song-Yuan Yuan, she is the main character and old friend of Zhang, also she is his love interest. Fandy Fan is playing Zhang Zhe Kai, also the main character. he has leukemia and secretly loves Song Yuan. Eleven Yao As Cindy is also one of the main characters and has her own story. Other recurring roles include Figaro Tseng As Yang You Xian, Ivy Shao As An Yi Qi, Edison Wang As Bo Han, while Phoebe Yuan As Gong Li Na, and Ma Nian Xian As Qi Ge. The Movie cast and the TV series cast differ from each other. As there is no news about the second season, we can’t say anything about the season 2 cast yet.

As there is no official announcement about the second season was can not say anything about the date for the trailer. Also as mentioned above there is very little chance for another season to come up similarly we think that there will be no more seasons and trailers. Till then you can also watch the trailer for season 1 of More Than Blue, which was just released last month. You can stream the series on Netflix with subtitles and dubbing easily once it is released on 22 October 2021. Click below to watch the trailer on Youtube.

DON’T MISS: When To Expect Extraordinary You Season 2 Release Date? 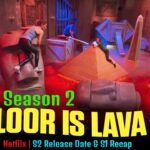